That's right. It's time to play the C card, baby. 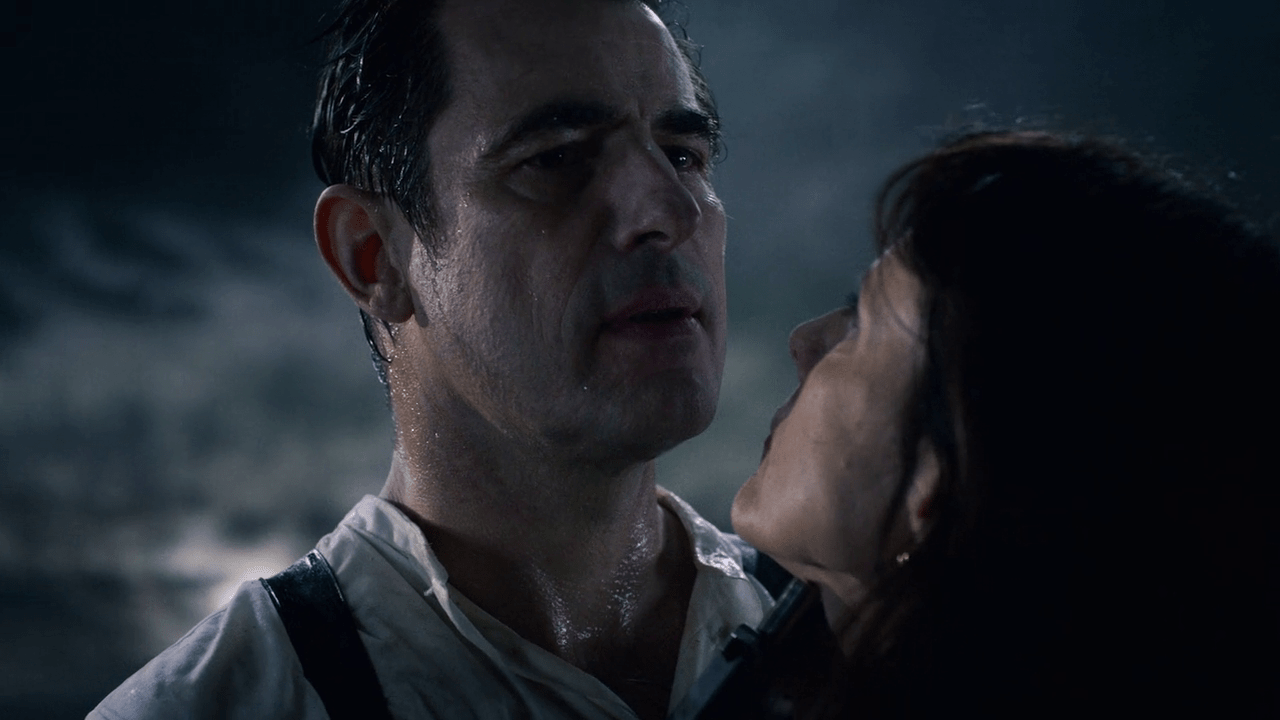 There’s been a lot of #Discourse on the internet this past week, from the thickheadedness of this year’s Oscar nominations (par for the course, unfortunately) to the exhausting bickering that erupted between the Sanders and Warren campaigns, but there is a different kind of bloodsucker in the room that needs to be addressed! The newest adaptation of Dracula that recently hit Netflix and the BBC.

This time, it’s Stephen Moffat’s turn to try to pump new life into this undead story, which, of course, means he’s (for better or worse) going to try to be really clever about it. And while it provides a fresh take on an old story in certain regards—making Van Helsing a badass Dutch nun, pointing out how useless John and Mina are, making the horror and gore feel like a bad ether trip—there were also several fumbles, the most egregious of which I am here to write about today.

The final episode takes place a hundred plus years in the future, with Dracula surfacing from the wreckage of the ship in 2019 and coming face to face with Van Helsing’s descendant. This Van Helsing is a scientist who has been running a top secret underground lab funded by Mina’s family fortune, prepping for the day of Dracula’s eventual return.

Drac has some “adjusting to the modern world” adventures (including sexting with Lucy Westenra), but ultimately, he must still face off against Van Helsing, his one true nemesis—only this Van Helsing has confessed to him, after he bit her and it made him sick, that she is dying of cancer. She never says what kind, just that it’s advanced and she is stopping treatment. Dracula tells her that her blood has “death” in it, which makes it deadly to him. Insert initial eye-roll here.

In their final showdown, she reveals to him that his weaknesses (the sign of the cross and sunlight, namely) are only in his mind—insecurities that became legend that became real to him over the long centuries of his life—and then she reveals to him the biggest shocker of all: The main thing fueling Dracula is shame, because he longs for death but is afraid to die. So, Dracula makes the only logical choice. He decides to kill himself … by drinking Cance Helsing’s blood. Van Cancing? You get the point.

To which I, a cancer patient currently undergoing chemotherapy, give the HEARTIEST of chuckles.

Not just because it is offensive to cancer patients and people suffering from chronic illness (it is, extremely), or because equating our blood with death is a tired old stereotype (we get it, our bodies are trying to kill us!), but because Moffat—with all of his attempts to create clever twists and reinterpretations (like vampirism and zombies being caused by the same virus)—did not do his homework!

Cancer, defined in the most simple terms, is a cell (or type of cell) growing too quickly (and often irregularly) and destroying the environment it’s in. Whether it’s white blood cells going crazy (like lymphomas and leukemias) or tumors growing and metastasizing in various parts of the body, what’s so harmful (and sometimes deadly) about cancer is that it is living cells growing out of control. Death is an end result—the last symptom—but the cause of said death is actually, in a sense, too much life.

Which means that for a vampire like Dracula, her blood shouldn’t be poison, like he claims. It should, if anything, be a stimulant or a steroid. It should have turned him into an UberVamp! There’s an argument to be made that maybe a chemotherapy drug might be poisonous to him—it’s toxic to cancer cells and a lot of other living cells, besides—but Van Helsing tells him she’s decided to stop treatment, and so, by the time of their final showdown several months later, the drug would be close to gone from her system, and the end result should still be Super Dracula. (Note: I would totally watch a show about Super Drac.)

Hell, an actual big twist would be that he becomes so full of life that he actually comes back to life as a full on mortal human. At which point, then you can have him die of cancer—just for a lol.

But alas, Moffat’s Dracula provides a perfect example of the problems entertainment still has with depicting not just cancer patients, but the disease itself. We are not poison. We are not death. We are not a “clever” plot twist or device to foist upon your characters. In fact, the only modern piece of franchise entertainment to get this right in recent years was Logan (in which Wolverine is dying because his adamantium skeleton is finally decomposing and giving him cancer—cancer which, because of his mutant ever-regenerating cells, can’t be cured).

So maybe let’s give the ol’ C-card a rest for a while, or hire actual sick people to write about it! Like me. Hire me. That’s what I’m saying.