Trump's toadie sports some hair in a can and social media was there to roast him. 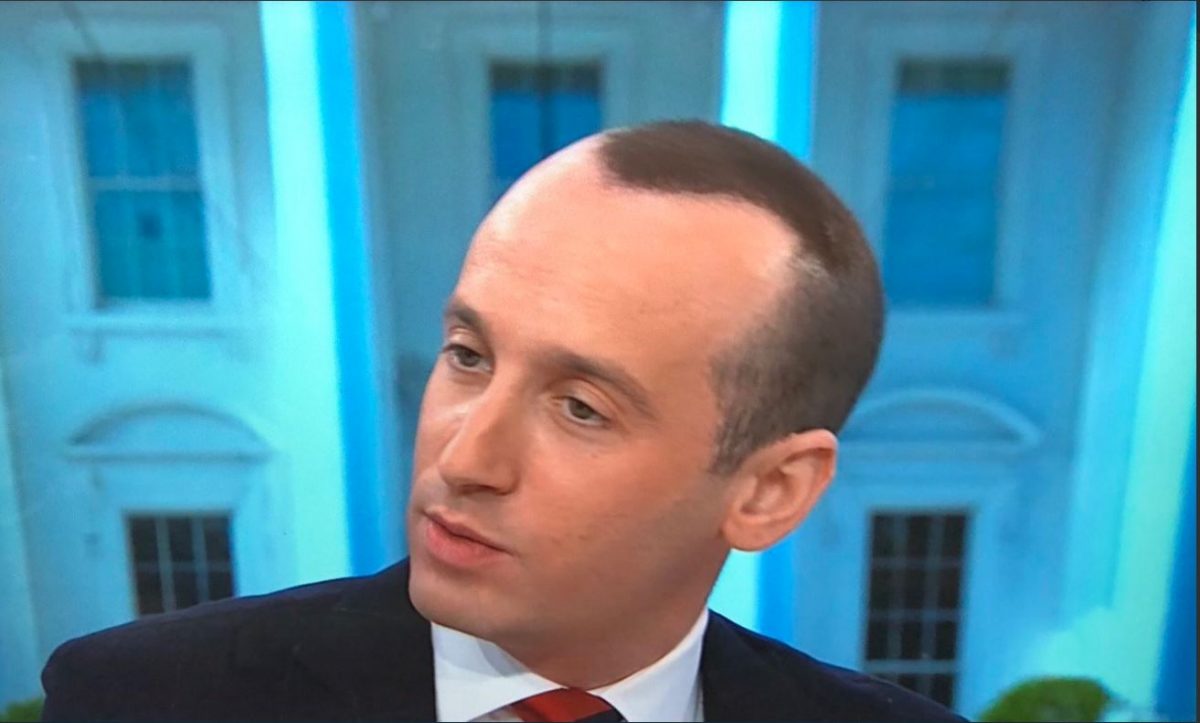 Senior Trump adviser and Gollum impersonator Stephen Miller appeared on the CBS news program Face the Nation to discuss immigration and border security. Miller backed up Trump’s threats of a government shut-down over funding the border wall, saying “We’re going to do whatever is necessary to build the border wall to stop this ongoing crisis of illegal immigration.”

But Miller’s hateful policies quickly took a backseat to another pressing issue at the border of his scalp and his forehead, namely a caravan of hastily applied spray-on hair to his balding pate. Watch out Donald Trump, Stephen Miller is gunning for the Most Absurd Hair in the White House award.

Here’s the thing: making fun of a person based on their appearance is not a good look. It’s punching down, claiming the lowest hanging fruit to mock someone for something entirely out of their control. Frankly, it’s something Trump would do (and has done repeatedly). We should all strive to be better than that.

However, when the person in question is an odious little twerp who has engineered some of the most vile racist policies of the Trump administration, our limits are tested. And when said person decides to appear on national television with obviously spray-on hair, we’re left with no other choice but to ruthlessly mock his disastrous attempt at simulated hair growth. We never said we were saints, y’all.

Here are some of Twitter’s best responses to Miller’s spray-on hair:

I think that men should be allowed and encouraged to do all the same vain shit women do to their hair/skin etc, but Stephen Miller is a fascist and I don’t care about him.

Stephen Miller has a spray-on toupee because a spray-on Hitler mustache would have been redundant. pic.twitter.com/cez3Ez1VH7

Stephen Miller proves the cover-up is worse than the crime. pic.twitter.com/Y2emWtpXUN

I rarely make fun of people’s appearances but when you are as heartless as Stephen Miller I feel no shame in pointing out that he literally painted his hair on before his interview this morning.

Miller’s hair is almost as dishonest as the Trump White House that he works for. pic.twitter.com/FFeHj54wPG

Fake hair on Stephen Miller? I did nazi that coming! https://t.co/PJyJMNu89v

Here is a close up of Stephen Miller's "hair"

He is a vile, disgusting human in every way.

Just more of the same … pic.twitter.com/Mgnn2qlZyA

#facethenation Stephen Miller sporting the worst case of spray-on hair I have ever seen.
The glory and horror of HDTV. pic.twitter.com/KqhVfzRPWf

Stephen Miller's fake-spray is just here as a DISTRACTION from the REAL STORY.

Stephen Miller can trowel on some hair but they don't make spray-on humanity.#GarbagePeople #FaceOfEvil pic.twitter.com/jcHUm1lzVp

Stephen Miller is 33. Apparently hatred and and fascism can really age a man.