Yes, Of Course Stephen Miller Is a White Nationalist | The Mary Sue

It’s Not an Insult to Call Stephen Miller a White Nationalist, It’s a Fact 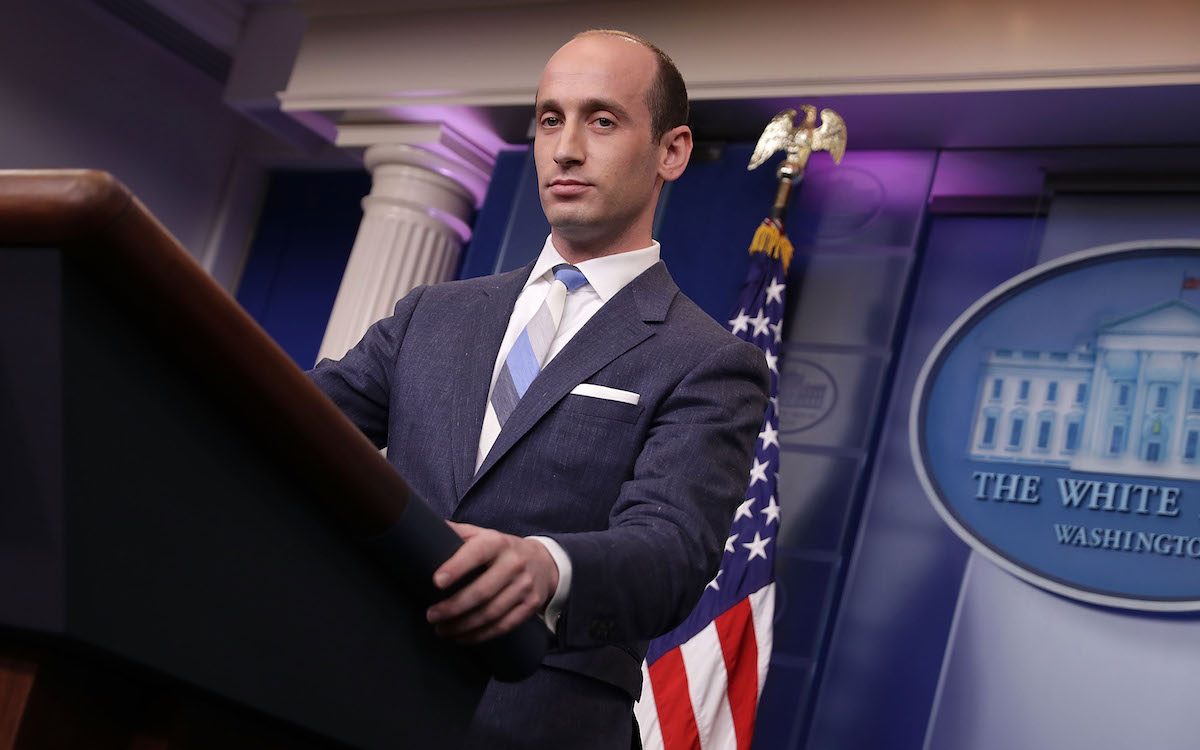 A lot of conservatives are angry at Rep. Ilhan Omar today after she tweeted that Stephen Miller, Donald Trump’s senior policy advisor, is a white nationalist.

Stephen Miller is a white nationalist. The fact that he still has influence on policy and political appointments is an outrage. https://t.co/7NyMDgojd7

I don’t just co-sign this. Progressive Jews have BEEN saying this since Miller first stepped on the scene. Stephen Miller’s own uncle has said this. @ilhan is stating basic fact. https://t.co/HTMugK052F

Stephen Miller is a white nationalist.

You do know that a lot of Jews think Stephen Miller is a white supremacist piece of shit, right? Sincerely, a Jew. https://t.co/JFFxZBHgY0

Overwhelming majority of U.S. Jews including members of Miller’s own family: Yes it’s true, he is a disgrace.

All of the white nationalists: how dare this Muslim contend that a Jew could be one of us. https://t.co/FCP1dUZQdJ

Stephen Miller’s Jewish uncle, whose family fled the Nazis, compared Donald Trump to the Nazis and said Stephen had “become the architect of immigration policies that repudiate the very foundation of our family’s life in this country.” https://t.co/a59iSsxXAI

The “Is Stephen Miller a White Nationalist” debate has been going on for a while now. Last summer, Slate’s Jamelle Bouie summed it up well by noting that conservatives have twisted terms like “white nationalist” and “racist” to be personal insults, rather than what they are: a set of clear ideologies.

this is a perfect example of the inability to understand “white nationalist” or “racist” as a analysis of an ideology and not some insult. https://t.co/6dRxaxzSPE

That’s why it’s not an opinion that Miller is racist. Because his actual job is to push a set of racist ideologies and make them official White House policy. That’s been his job since day one, though in recent days there’s been a renewed spotlight on the role he plays in Trump’s war on immigration.

Last week, Trump declared he wanted to take a “tougher direction” on immigration. He then pulled his nomination of Ronald Vitiello, his pick to lead ICE, and reportedly forced the resignation of Kirstjen Nielsen, the most aggressive Homeland Security secretary in US history. Trump has reportedly been impatient to get back to the horrific practice of family separation, something Nielsen objected to (on the basis of legality, not morality).

According to CNN reporter Kaitlan Collins, as well as a full report from the Washington Post, Miller is behind Trump’s insistence on toughness.

According to the Post, “Miller has pushed for someone to take over the ICE role who would be more receptive to his policy ideas. He also is ‘particularly adept,’ one administration official said, at placing blame on others in the White House when ideas he promotes do not work.”

Racist Littlefinger here has apparently been pulling the strings and pushing Trump’s buttons, using Trump’s well-known passionate gullibility for conservative media for his own benefit.

And there is this, from Quartz: pic.twitter.com/anBhYfPUiW

So who exactly is vile enough to push through the kind of immigration policy Miller and Trump want? According to one official (via Splinter News), “Stephen wants to put Attila the Hun as director of ICE.” Instead, they’re apparently settling, at least for now, for Miller himself. Following Trump’s dumping of Vitiello, Trump reportedly “told Miller he would be in charge of handling all immigration and border affairs.”

This makes sense, as even with the Trump administration’s ever-revolving door, Miller is one of the few officials not related to Trump, who are racist and sycophantic enough to have stuck around since the very beginning. Not even Steve Bannon can say that.

Stephen Miller has manipulated his way into a position of real power and he’s done it because he’s set on pushing a violently anti-immigration ideology based in white nationalism. It’s not a personal insult to say that he’s driven by racism. A personal insult would be bringing up that time he “jumped, uninvited, into the final stretch of a girls’ track meet, apparently intent on proving his athletic supremacy over the opposite sex,” or reminding you that 3,500 of his fellow Duke alumni signed a letter trying to distance the school’s reputation from Millers, calling him “really icky” and “very creepy,” especially in the way he would interact with female students.

This is an insult:

Stephen Miller as Macaulay Culkin’s character from The Good Son but on the day he was dressed up as Willy Loman for the school play.