An Oral History of D&D Magazine Rolled & Told: An Interview With Steenz 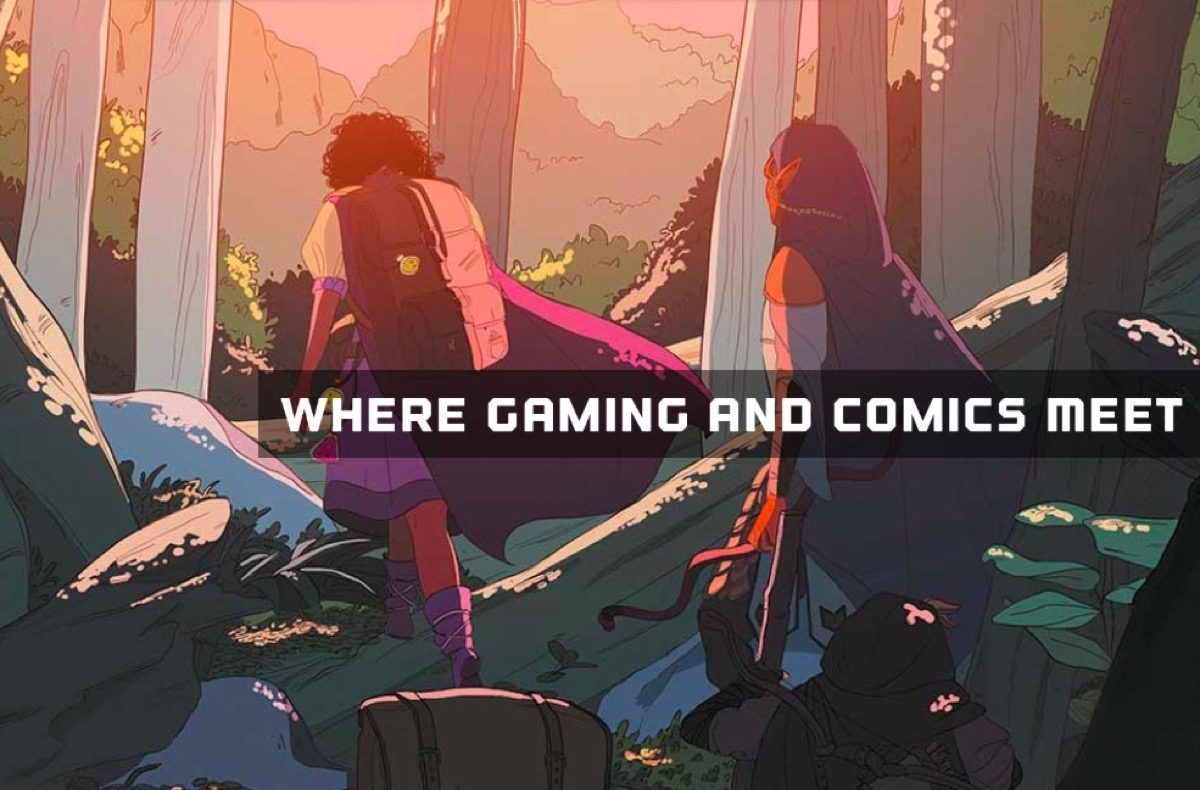 Rolled & Told is a magazine that combines tabletop gaming with stories, tips & tricks articles, and comics to create a one-of-a-kind periodical for the discerning player. Featuring ready-to-play adventures that are compatible with the Fifth Edition of Dungeons & Dragons, with scenarios that vary in length and difficulty, Rolled & Told offers the chance for players of all experience levels to get in on the roleplaying action.

The first hardcover collection of Rolled & Told has already been released in comic shops, featuring the ready-to-play scenarios from the first six issues of the series. Also included are 4 pre-made character sheets, which can help newbies jump into the action with ease, as well as a bag of holding full of articles to help provide insight into running the best tabletop game possible, whether this is your first time taking part in a tabletop roleplaying game or you have extensive experience.

To learn more about the series, we asked Christina “Steenz” Stewart our burning questions about the process of gathering the Rolled & Told adventuring party! Steenz, the co-creator of Archival Quality, is an exceptionally talented cartoonist whose work has been recognized with both an Eisner and a Dwayne McDuffie Diversity Award. Although Steenz is no longer employed at Rolled & Told publisher Lion Forge, she was editor for all six issues in the first collected volume.

AVERY (TMS): What was the genesis of Rolled & Told?

STEENZ: The former President of Lion Forge Geoff Gerber worked with game writer E.L. Thomas on the idea. When I moved from marketing over to editorial, it was my first project! So I took it on and brought it to life. They gave me the quick and dirty concept, and I executed on that.

What was great was that they put a lot of trust in me to make it something people would be really excited to both read and be a part of. Someone once said it was a spiritual successor to Dungeon magazine and Dragon magazine. That was really high praise! I’m glad I was able to take the concept and make it my own but including creators of color in every step of the process.

AVERY: Was editing Rolled & Told different from your previous editorial experience? How so?

STEENZ: So Rolled & Told was actually my FIRST editing gig! Which is wild because it’s such a behemoth of a project. But it’s really the same as any other editorial project. The few differences were game mechanics and scale.

I didn’t worry as much about the nitty-gritty game mechanics in Rolled & Told because that’s what E.L. Thomas was there for! He was a great consultant for what gamers liked, but he was also an incredible editing partner when it came to the very detailed mechanics.

AVERY: There were a lot of different creators working on any given issue of Rolled & Told!

STEENZ: Rolled & Told was a lot of juggling! I mean I was working on at least 3 issues at a time, and each issue had an average of 15 different creators. It was the only way we were able to keep the level of production value up AND ship on time every single month. And with my work with other single issues like Quincredible and other unannounced projects, it was all on me to work on the content, but just like Rolled & Told, it’s a team effort.

You know, I had a production designer, a letterer, a colorist, etc. So it was still juggling people and making time to really analyze the content, but just on a smaller scale. So if anything, I was fortunate that Rolled & Told was my first project—it makes every other project SUPER easy to tackle.

AVERY: What was it like working with such a large adventuring party?

STEENZ: There were definitely times where I was like, “This is too much!” And then I took some time to walk away and say, “Okay, it’s a lot but if I don’t get it together, this issue isn’t coming out on time.”

And there were a few times when I mistook someone for someone else because they were working on similar projects or similar issues. But thankfully all my creators were really gracious and understood that I was juggling a lot.

AVERY: Did you have any particularly unusual adventures or incidents during the editing process?

STEENZ: Honestly, not really. I guess the most unusual aspect was seeing the different kinds of articles that came from these writers about tabletop roleplaying. I mean, where else are you going to read an article about DMing and its parallels to Victorian-era séances?

Rolled & Told: Volume 1 is available at local comic shops now, and through online outlets and other retailers on June 18.