Steam on Your TV? Big Picture Mode to Launch Beta this September 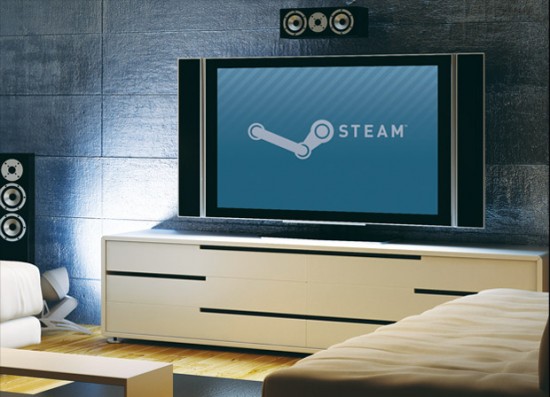 At last year’s Game Developers Conference, Valve really got people talking when they unveiled Big Picture. A new mode for the company’s online game distribution platform, Steam, Big Picture would allow users to play their downloaded games optimized for their TV screens. Today, Valve announced that the new mode will launch its beta in early September of this year. Soon, you’ll be able to sit back on your La-Z-Boy with a controller in your hands and play your Steam games on the biggest screen in the house. Plenty of people are excited, but most have just one question on their minds: Does this mean that there’s a Steam Box around the corner?

We first got word of Big Picture on February 28 at the 2011 Game Developers Conference in San Francisco. The new mode was said to include controller support and library navigation optimized for television screens. We’ve heard very little about the upcoming mode other than a few confirmations that it was, in fact, still in the works, but today, we saw an interview on Gametrailers’ GT.TV in which Valve’s Greg Coomer said:

We announced Big Picture Mode about a year ago and in early September, you’ll be able to hop into a beta click a button, and see Steam reformatted for your TV and usable a PC game controller or a mouse and key board, if you want to play that way.

There are some games that are better made for controller input than other, so those will be the best experiences in the living room; but everything will be there, so you don’t have to give up all your favorite stuff once you walk from the den to the living room.

The interview starts at about 5:30 into the episode and is well worth watching; behind Coomer and GT’s Geoff Keighley, you’ll get a peek at what Big Picture mode’s interface is actually going to look like. From the screen shots on a bulletin board, Big Picture mode looks pretty fluid and easy to use. We’ll have to take a look at it ourselves come early September, of course, to know for sure.

So, we’re going to be able to play Steam games on a TV with a controller rather than a mouse and keyboard, huh? Sounds a lot like a console to me. While this might not be the Steam Box per se, it very well might be a step in that direction. Valve has been expanding Steam lately, bringing it to Linux and branching out to non-game apps. If things keep going the way they are now, it wouldn’t be all that surprising to hear about a “Steam Box” of sorts in the next few years. Here’s hoping!

Read more about Big Picture mode here; this revolution will be televised!

Wait a minute, I think I might have heard that tagline somewhere before.