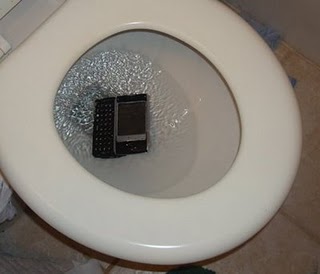 With the help of a four million pound grant (about six-and-a-half million dollars), the UK Clinical Research Collaboration is currently developing a computer chip that, once urinated or spit on, can be plugged into a phone and can then tell the user whether or not he or she has STDs including herpes, gonorrhea, and chlamydia.

Ultimately, they plan for the chips — which are projected to be the size of a USB chip — to be sold in vending machines for around $0.80 to $1.60, in order to encourage people to perform self-exams who would otherwise avoid an exam because of embarrassment or cost issues.

Dr. Tariq Sadiq, senior lecturer and sexual health and HIV consultant physician at St. George’s, University of London, suggests the technology could detect a range of STDs, “such as chlamydia or gonorrhea,” and could then inform the user where to go to get treated.

According to the Guardian, the “self-testing devices are aimed at technology-savvy young people,” an aim which I feel can be more easily achieved by adding level gains and raid bosses.