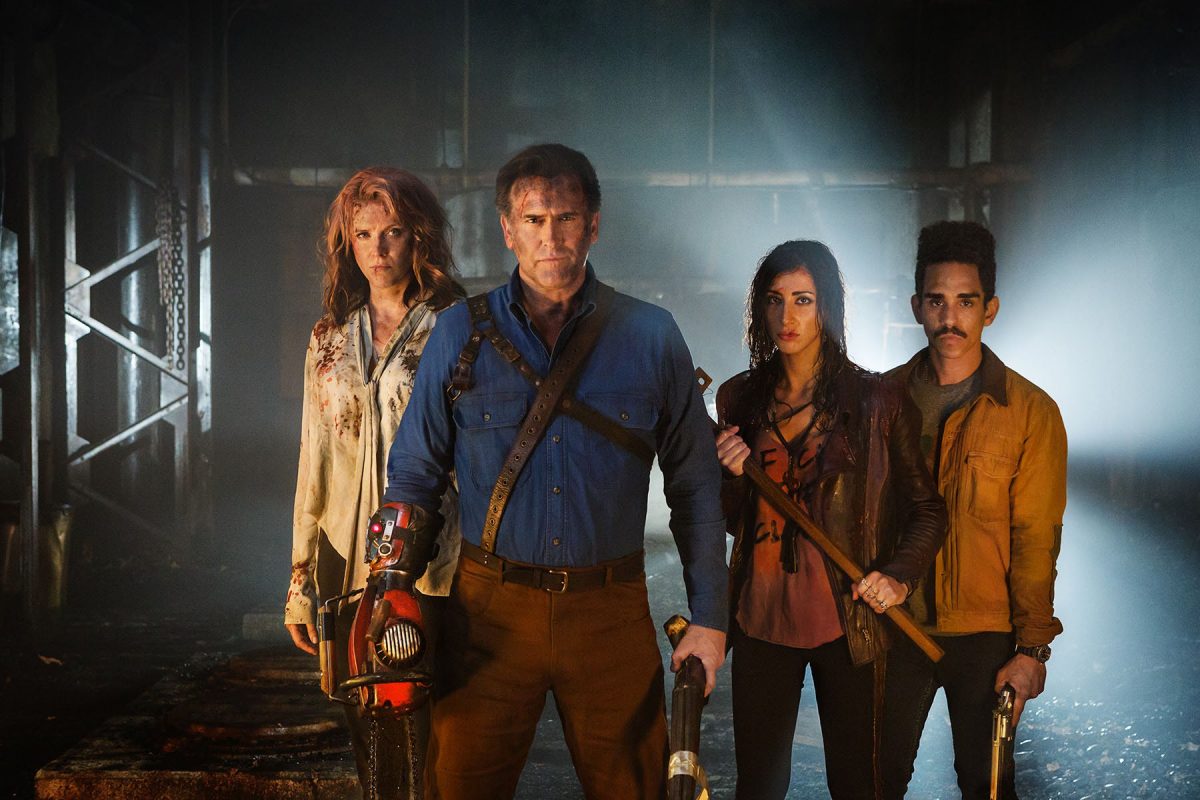 Buckle up, Boomsticks: next week’s season three finale of Ash vs. Evil Dead will wrap up the series, as Starz has declined to pick up the horror comedy for a fourth season. Based on the cult classic films Evil Dead, Evil Dead 2 and Army of Darkness by Sam Raimi, the series followed an older (but not wiser) Ash Williams as a resurgence of Deadites forces him out of retirement and back into bloody action 30 years after the original events. Ash teams up with his co-workers, shy Pablo (Ray Santiago) and sardonic Kelly (Dana DeLorenzo) to fight the Evil Dead, and along the way he encounters the immortal Ruby Knowby (Lucy Lawless, crushing it as always) and reconnects with his estranged daughter Brandy (Arielle Carver-O’Neill).

I will always be grateful to Starz, Sam Raimi, Rob Tapert and our tireless fans for the opportunity to revisit the franchise that launched our careers. Thank you! 😎 pic.twitter.com/oNmTopS1Ab

“Ash vs. Evil Dead has taken audiences on a wild ride for three seasons thanks to the fantastic performances and creative efforts of Sam, Bruce, Rob, and the entire cast and crew. We are proud to send the show out with a bang … and a splat,” said Carmi Zlotnik, president of programming at Starz, in a statement issued on Thursday.

Bruce Campbell tweeted on Friday, “Ash vs. Evil Dead has been the ride of a lifetime. Ash Williams was the role of a lifetime. It was an honor to reunite with Evil Dead partners Rob Tapert and Sam Raimi to give our tireless fans another taste of the outrageous horror/comedy they demanded. I will always be grateful to Starz for the opportunity to revisit the franchise that launched our careers.”

The series finale of Ash vs. Evil Dead airs on April 29th, and will feature Ash and the gang as they try one last time to save the world from Deadites hellbent on destruction. I know I’ll be cracking open an ice cold Shemp’s beer in tribute, how about you?