Star Wars Celebration kicks off today, and we’ve already got some exciting news coming out of Disney! It seems that not only have women been front and center in the latest feature films in the franchise, but they’re planning to continue to showcase those characters with a series of animated shorts that you’ll be able to watch online.

Star Wars Forces of Destiny will hit Disney’s YouTube channel this summer and bring back characters like Leia Organa, Rey, Jyn Erso, Maz Kanata, and Ahsoka Tano, Anakin’s fan-favorite Padawan who really deserves more appreciation. The shorts will provide a place to dive deeper into the origins of these characters, with most of the original actors reprising their roles, and there will be action figures and books to go along with them. 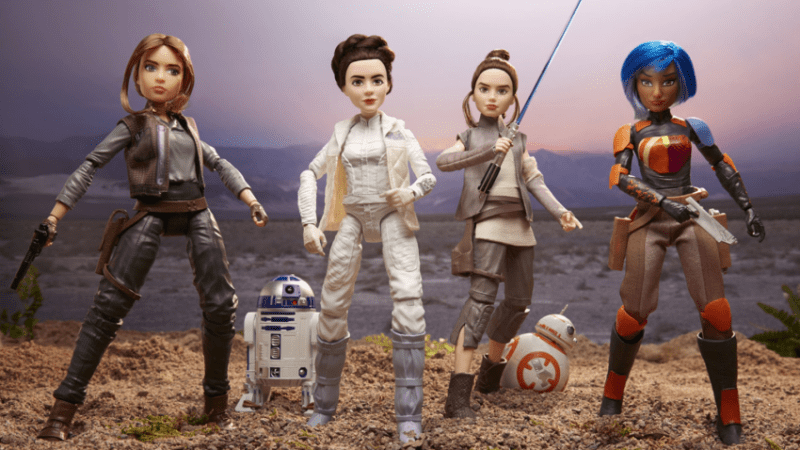 As Lucasfilm President Kathleen Kennedy explained in the video above, the series is all about showcasing “these characters that little kids can grow up and recognize a little but of themselves.” We’re big believers of that around here, and it’s great to see Disney embracing it this way—we can only hope they continue to do so, maybe with some increased efforts in the way of non-white characters (women of color in particular are hard to find on-screen in the franchise), while we’re on the subject of giving children a way to see themselves on-screen.