Star Wars Unveils Its Official Tumblr With the Best GIF Ever

Help me, Xkit! You're my only hope! 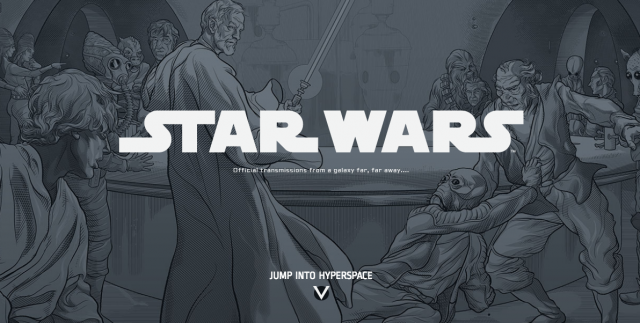 Good news for people who really enjoy wasting time on social media! Now that Star Wars has an official Instagram (complete with a Darth Vader selfie), it was really only a matter a time before they jumped on the Tumblr train as well. We can’t wait to see them mess everything up about the nuances of social justice politics with the best of ’em.

Speaking of which, they unveiled their new Tumblr with basically the best GIF ever:

To be fair, we’re reasonably sure that this isn’t the first time we’ve seen the R2D2 scrolling dashboard GIF before. It looks waaaay too familiar, and not just because it’s based on a movie we’ve seen about a billion or so times since we were all six years old. Nope, something’s fishy about this. Looks like maybe Star Wars is getting the hang of Tumblr faster than we thought, starting with reposting another person’s GIF without linking back to the source.

Or maybe we’re just thinking of that GIF from the Lana Del Ray Dancing Tumblr.

Either way, good for you, Star Wars. You’ll fit in well here.

(via Star Wars on Tumblr)