Star Wars Gets the 9/11 Truther Treatment With Luke’s Change: An Inside Job Parody [Video] 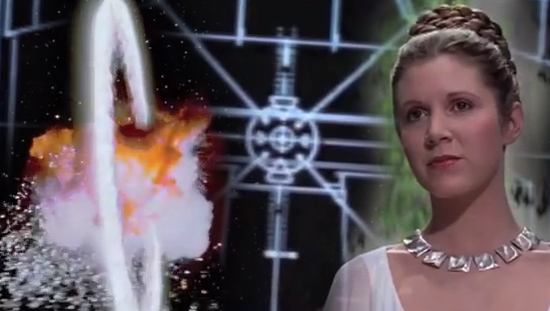 Loose Change is a video that points out coincidences and uses scary music to convince gullible people that the September 11th attacks were an inside job. It has been a pivotal resource for 9/11 truthers and conspiracy theorists, but it never had enough Star Wars references for my liking. That’s why Luke’s Change: An Inside Job is so much better. It gives the weird conspiracy treatment to the attack on the Death Star in Star Wars Episode IV: A New Hope, and it’s pretty great.

Take a look, and be prepared to cringe every time the narrator says “Alderban” instead of “Alderaan”:

Wake up, sheeple! Vader was in on it the whole time! Why else would he have been piloting that TIE fighter during the attack on the Death Star? You’re going to tell me it’s just a coincidence that his son fired a one in a million shot despite almost no training, while experienced pilots are getting picked off all around him? The “Rebel Alliance” was led by Vader’s daughter!

What about the Corellian ship that just “happened” to be at the Death Star days before the attack, and then reappeared right before it blew up? It’s all right there, man, you just have to read between the lines. Open your eyes!

This video makes about as much sense as the original, and actually makes a better argument for its case. It just goes to show you what some choice facts, spooky music, and a bit of editing can do to convince people of your point of view.