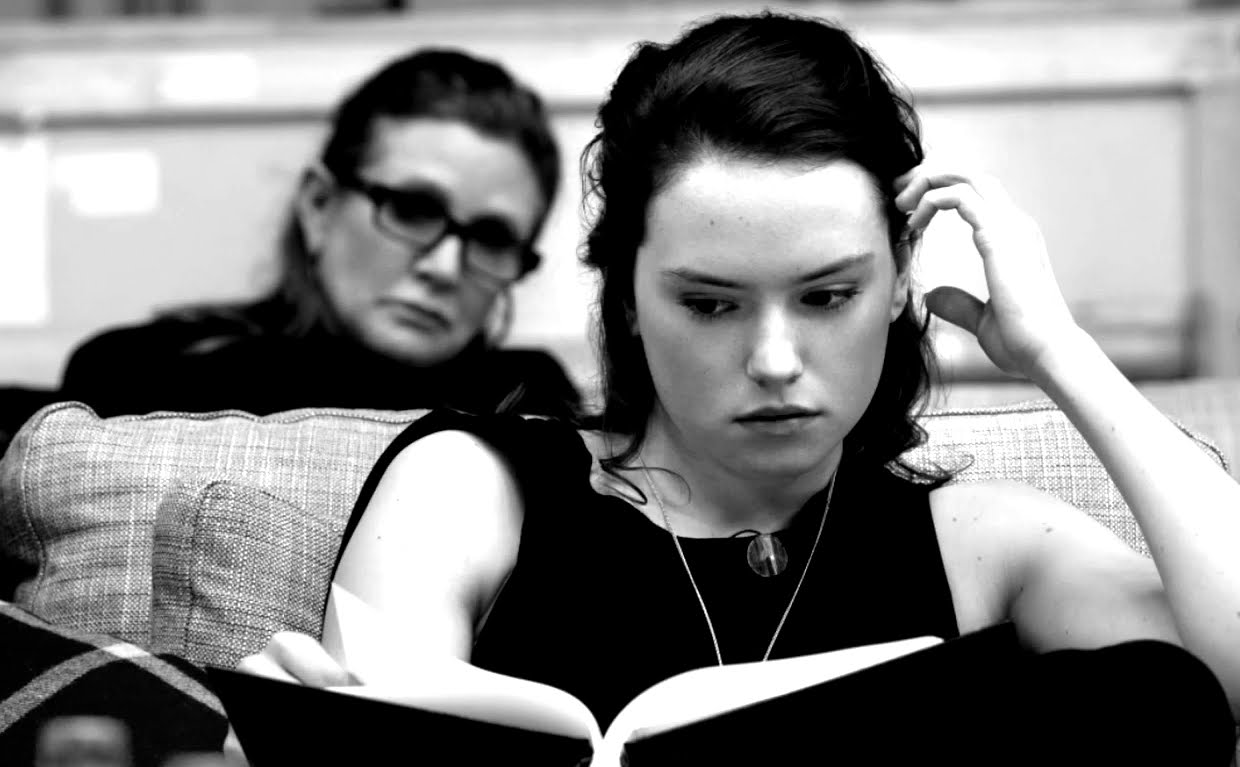 Maybe I’m still in the honeymoon period with Star Wars: The Force Awakens, or maybe it’s just, objectively, one of the most fun movies ever made. Regardless, I had a hard time putting my critical reviewer hat on when I watched the Blu-Ray earlier this week. It still looks fantastic; I was still openly weeping from start to finish; and I still can’t believe dudes were pissed about Rey. In short, it’s Star Wars, and if you enjoyed it in theaters, you’ll probably also enjoy owning it for your home viewing pleasure.

The Star Wars: The Force Awakens Blu-Ray also knocks it out of the park in terms of bonus features, particularly the much-hyped Secrets of The Force Awakens: A Cinematic Journey. The 70-odd-minutes documentary chronicles the history of The Force Awakens, starting with footage of George Lucas signing the rights for the franchise over to Disney (the first and last time Lucas appears anywhere in the special features; like Bloody Mary at a sleepover or Macbeth at theater camp, he, and the prequels, are mentioned either circumspectly or not at all).

I really can’t say enough about this documentary—not only does it showcase the substantial charm of the series’ new and veteran leads, but it also offers fascinating insight into what it’s like to be tasked with pleasing the Star Wars fandom. Any creative endeavor, even a collaborative one like filmmaking, involves working in a vacuum to a certain extent. There was no way for J.J. Abrams and his team to know for sure if they were making a decent movie or bantha fodder, and it’s very touching to see how nervous they were about doing the Star Wars universe justice.

Similarly, the “The Story Awakens: The Table Read” bonus feature is a short look at what it was like for the actors and creative team to come together and read the script through for the first time. As a feature, it’s a little redundant, since a lot of the same footage is also used in Secrets of the Force Awakens, but it’s still interesting.

“Building BB-8” and “Crafting Creatures” were two of my other favorite bonuses. It’s absolutely astounding to see the amount of effort, creativity, and craftmanship that went into making the world of The Force Awakens (particularly Jakku and Maz’s palace) feel like it was populated by authentic, intriguing characters. At one point in “Crafting Creatures,” J.J. Abrams says to a group of actors and puppeteers preparing for a scene in Maz’s palace, “I could make a movie about every one of you!” and he’s not exaggerating. Even the most tangential creature in The Force Awakens was as lovingly conceived of and built as if they were the film’s star.

I was extremely impressed by the amount of credit given to The Force Awakens‘ visual effects artists and creators in the bonus features as a whole. “ILM: The Visual Magic of the Force” and “Blueprint of a Battle: The Snow Fight” were particularly eye-opening in that regard. I never even thought about how the forest was created for Kylo Ren and Rey’s lightsaber battle, and the answer (lots of paint and a ton of hard work) is pretty humbling.

The Blu-Ray’s other bonus features include “John Williams: The Seventh Symphony” and  “Deleted Scenes”—both self-explanatory and worthwhile, although the deleted scenes are probably the least interesting part of the bonus features overall. There’s also “Force for Change,” a sweet look at the various charities Disney collaborated with for The Force Awakens—if you want to see Malala Yousafzai hanging out on the Millennium Falcon, this is the bonus for you.

Basically, if you already love Star Wars: The Force Awakens, you’ll love these bonus features, as well. Like The Force Awakens, the features highlight powerful women (Kathleen Kennedy is celebrated throughout, and it’s very evident from Secrets of The Force Awakens that the movie would not exist in its current form without her) and understand that the enduring appeal of Star Wars lies in creating authentic, awesome worlds and characters worth believing in.

Here’s some more information on the DVD and Blu-Ray release, via Disney: