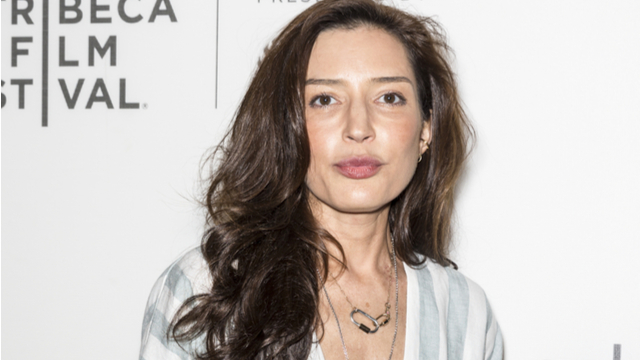 Keep in mind, this is only a rumor. It’s a hint of a tease of something that may or may not be in discussion. But it’s still exciting. And we can dream.

THR published a profile of Handmaid’s Tale director Reed Morano today under the headline “Is Reed Morano the Next Star Wars Director?” Again, that’s just a question, just a rumor. But as far as Hollywood politics go, that’s a pretty giant “rumor” to land in a THR exclusive interview with a fledgeling director.

Morano has a film premiering this weekend at Sundance–a “‘weird’ sci-fi romance” called I think We’re Alone Now–and she recently had a two and a half hour meeting with LucasFilm president Kathleen Kennedy.

Morano says that Kennedy saw her work on the first season of The Handmaid’s Tale and became interested in meeting. “I guess she was watching with her daughter and then called people and was like, ‘Who’s this Reed person?’ She probably thought I was a guy because of my name.” That sounds like a joke, but it’s also total truth. For those keeping score at home, the number of women who have helmed movies in the Star Wars franchise is exactly zero.

And, no, we don’t know that the two met to discuss Star Wars-related opportunities. But here’s what Morano said about Kennedy:

So they had a two and a half hour meeting during which time they discussed action movies. Kennedy is a producer on a huge number of action flicks, including the next Indiana Jones installment. But Star Wars movies dominate her upcoming slate for the next, well, pretty much forever.

Morano would be a stellar and not atypical choice to take on a Star Wars movie. She’s got that indie darling thing Star Wars directors (and almost-directors) usually have going for them. And while her credits as a director may be few, she’s worked extensively and impressively as a cinematographer. Plus, it’s not like she hasn’t proven her skill as well as her potential. (And as we’ve seen time and again, white male directors in her position do get judged on potential.) She was nominated for two Emmys for her work on the first three episodes of The Handmaid’s Tale, and this video gives a great breakdown of why she deserved those awards and all the attention that came with them:

Reed’s work is beautiful and intense. It tells not just a narrative story, but an emotional one. I would love to see what she would do with Star Wars. And yes, the fact that is a woman makes this prospect all the more exciting.