All I Want Is for Obi-Wan to Just Be Chilling in His Hut, Whittling 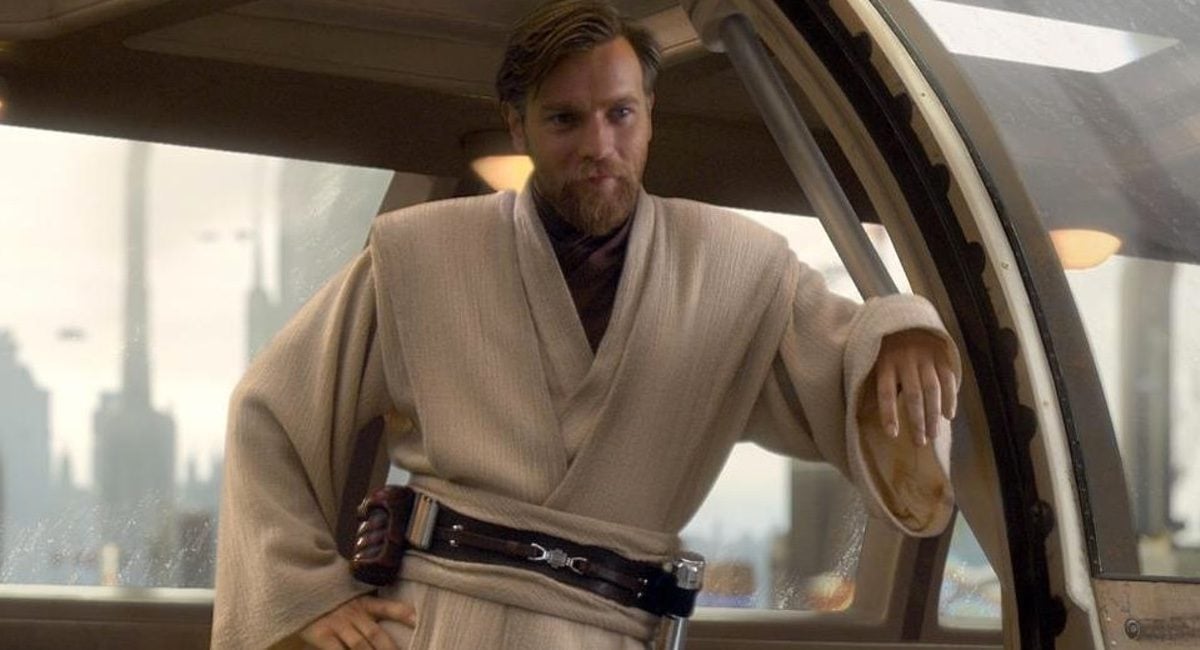 Imagine, if you will, an entire show of Ewan McGregor just whittling in a hut. That’s it. That’s the Obi-Wan Kenobi show of my dreams. Who doesn’t often think of Old Ben just, like … hanging out, chilling in a hut? He had one job, and it was to look out for a child, and it didn’t seem like Tatooine was too lively while Luke was growing up, so …why not take up some arts and crafts?

At D23, Ewan McGregor came on stage with much fanfare and screaming as it was announced that he would reprise his role for a new original series featuring Obi-Wan Kenobi on the Disney+ streaming platform.

Hello there! Just announced at #D23Expo: Ewan McGregor will reprise his role as Obi-Wan Kenobi in a new original series, coming to #DisneyPlus. pic.twitter.com/UfMXztiQ6b

This, for many of us prequel fans, is a big deal, because we’ve been asking for an Obi-Wan Kenobi series or movie starring Ewan McGregor since Disney took over Lucasfilm. With each new year, we were teased about it but never given this gift—that is, until now.

As Ewan McGregor took to the stage, many of us were reminded of the excitement his Obi-Wan Kenobi brought to the screen and why we, as fans, loved him so much in the prequels.

Have you forgotten that we officially announced Obi-Wan is back? pic.twitter.com/xz9HZhFcWv

So, what exactly do I want out of the series? My joke about whittling isn’t too far off. As we know, Obi-Wan Kenobi’s job after the death of Padme Amidala, and Anakin Skywalker’s turn to the Dark Side, was to look after Luke Skywalker on Tatooine. So, why can’t the show just simply show that time in his life as Luke Skywalker is being raised by his aunt and uncle? (Never forget that Luke Skywalker’s uncle is Joel Edgerton in the prequels. Let’s get him back, too.)

What I think is going to happen is probably more in line with the fighting that still went on while Darth Vader rose to power and, while many of us wanted to believe that Obi-Wan Kenobi just lived in his hut and did whatever he wanted, he was most definitely still very involved with the resistance—enough that he was probably still in contact with Bail Organa.

So yes, you’re all welcome for the imagery of Jimmy Smits talking to Ewan McGregor as he whittles, and I hope that’s all we get out of the Obi-Wan show. Or I hope he fights and has his fun beard. I don’t really care; I’m just excited that finally, after years of asking, we get to see Ewan McGregor take on the role again because, let’s be honest, he was probably the best part of the prequels—other than watching Hayden Christensen yelling about sand and the “Duel of the Fates” bop.