They are too your favorite pal. 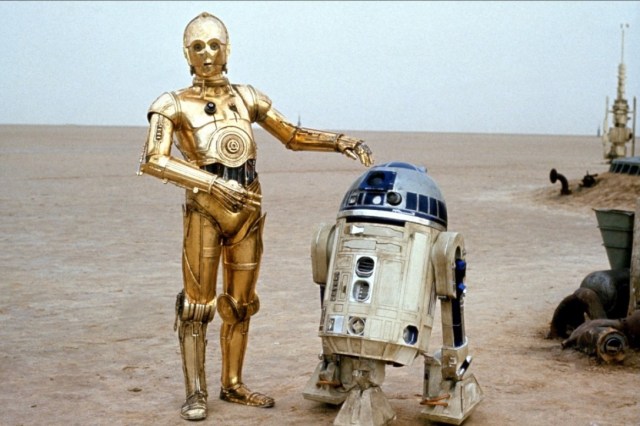 You ever stop to think who might be narrating the Star Wars movies? No, right? It’s not like there’s an omnipotent voice or even really a mention that there could even be one. The only possible bare hint that there could be a narrator is in the opening crawl. So, let’s entertain the thought for a moment: if there was a narrator, a storyteller sharing the events of what transpired in the original Star Wars trilogy and the prequels, who could it be? According to Chris Taylor’s How Star Wars Conquered the Universe, George Lucas has already spoken on this matter: the narrator is none other than R2-D2.

Apparently this was related to Rob Coleman, who worked as animation director on Episode III. Taylor writes:

The entire story of Star Wars is actually being recounted to the keeper of the Journal of the Whills—remember that?—a hundred years after the events of Return of the Jedi by none other than R2-D2.

It’s a fascinating look into just how meta the Star Wars story can get. It’s important to note that this quote comes from a time long before the expanded universe was made into Legends. For the uninitiated, the Journal of the Whills was a plot device that was originally created by Lucas as an attempt to connect the Star Wars universe with the real world. It never really panned out, only becoming a passing reference here and there in EU materials.

Personally, I’m really into the idea of R2 narrating the entire Star Wars story. It makes him the Grandfather telling the story a la Princess Bride. Wait, better yet: it makes us all the Ewoks at the end of Return of the Jedi. Yes, I know C-3PO told that story, but still. Yub yub, commander.

This raises an interesting question: if R2 was originally considered to be the narrator, then who’s the narrator for The Force Awakens?