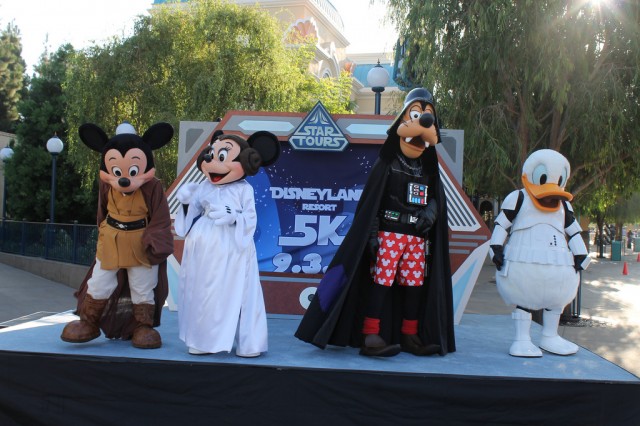 When suggesting a list of possible new worlds to include in Kingdom Hearts III a few weeks back, we intentionally left Disney’s acquired IPs, Star Wars and Marvel, off the list — partially to keep things a little easier for us, but also because we all kind of think that having that many disparate franchises in one game would make our little nerd brains explode. Of course, that didn’t stop them from coming up in the comments section at least a dozen times. Well, if game creator Tetsuya Nomura has his way, you guys might just get your wish granted, because he’s officially on record as saying that he would love to include them in KH3. Guess the ball’s in Disney’s court now.

This doesn’t come as the hugest surprise considering how nuts the Square Enix team is for Star Wars, particularly developer Yoshinori Kitase — after all, name me a Final Fantasy game that doesn’t have Biggs and Wedge in it. (This is just a figure of speech, you don’t really need to do this.) Heck, they even showed up in Kingdom Hearts II as shop owners, so Nomura’s already got the perfect opt-in there. “Oh, we’re not originally from Radiant Garden… we’re from Tattooine!” There you go. Easy.

In an interview with Finaland that was published yesterday, Nomura was asked about the possibility of including LucasArts properties in particular, given Kitase’s obsession:

[W]e’ve been talking about Star Wars itself since it became Disney’s content recently. When I eared [sic] the news I was like “Wow ! Wow !”. Yeah obviously it’s gonna be great if we could add it, but like I said there are a lot of restrictions and rules by Disney so we don’t know what’s gonna happen but yeah, we’ll see.

As we all know, however, Disney is notoriously protective of their own in-house content, to the point where they wouldn’t even allow Square Enix to show Mickey head-on until the sequel. Of course they don’t have a problem dressing the Mouse up in Iron Man suits and Skywalker robes to sell crossover toys and other collectible products, but allowing all these franchises to interact in a prolonged narrative might be tricky to finagle. So until it’s confirmed that Disney’s willing to play ball, we’ll all just have to cross our fingers, wish real hard, and maybe watch Patton Oswalt’s Parks and Rec filibuster a few more times for story ideas: