Let Leia be a badass! 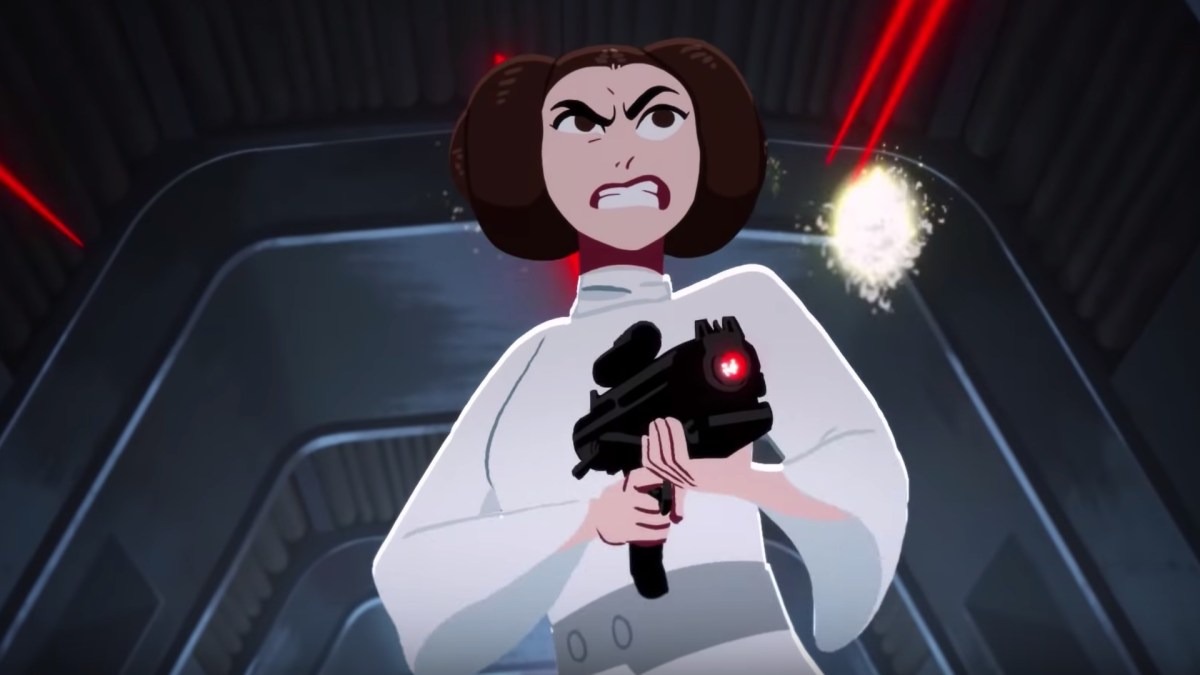 Star Wars: Galaxy of Adventures is the latest adorable way that Star Wars has been trying to market itself to younger kids who might not have the attention span to sit through a lengthy Star Wars flick itself. One of the most recent ones features Leia, in all her glory, fighting off stormtroopers as she escapes from the Death Star with Luke and Han.

It’s epic, adorable, and definitely angering the men who think Star Wars is now emasculating their heroes. Check out the short below.

As you can see, it’s mostly what happens in the movie—Leia takes charge of her own rescue. There’s some added humor with Luke, a farmboy who’s never really fought with a blaster or staged an escape from a fascist organization, struggling a little, but that makes sense. It’s supposed to be a funny short for kids centered on Leia being a badass, which she very much is, canonically.

Somehow, all the others didn’t get the vitriol this one has. pic.twitter.com/rh0LgjixWH

Of course, because this is a Star Wars project that features women in power and kicking ass, several denizens of Twitter have crawled out of the woodwork to let everyone know how offensive they find it that Leia is portrayed as a hero who doesn’t need rescuing by Luke or Han, despite this being a stylized cartoon for children that’s meant to be funny and encourage young girls to get into the franchise.

Yes, in a series that shows Luke lighting up the Skywalker saber and immediately doing backflips, or his newfound acrobatic skills during an animated look at the Bespin battle he had with Vader, the problem is apparently that Leia is doing pretty much exactly what she did in the original trilogy.

“Proof of Lucasfilm’s misandry” was a quote from one disgruntled fan. Another stated that it was “lessons of extreme feminism, revisionist OT stories and emasculation of classic male character.” A third said that those who defended the series were “shills” and not real fans of the originals.

I mean, if I’m a Disney shill, I’d really like that first check now, please and thank you.

The problem isn’t that Disney is changing little things up to make the OT a bit more cartoon-y for the medium. The problem is that this is a short designed to make Leia into even more of an appealing heroine than she already was.

Leia took charge in her rescue in 1977, but because the film features Luke swinging with her across a gaping chasm and the short takes a more humorous look at what happens before that, those who already hate Disney’s “SJW propaganda” are angry.

Star Wars has, in the past, been more about white men. The playing field is starting to even out with characters like Rey, Finn, Poe, Rose, Jyn, and Cassian, but we still have a ways to go before there’s complete parity in terms of representation in Star Wars.

I love Luke Skywalker, and have ever since he first tossed his lightsaber to the side in the ultimate act of heroic compassion. Seeing a joke at his expense in a cartoon about Leia doesn’t ruin him for me, and if you’re sensitive enough that it does ruin him, you might need to step away from YouTube for a bit.