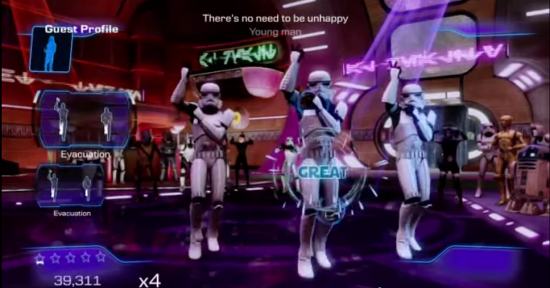 I’m going to go out on a limb and say that not too many people are excitedly waiting for Star Wars Kinect and actually expecting it to be good. I’m going to guess that even fewer people, if any, have high hopes for the “Galactic Dance Off” mode. Well, unsurprisingly it’s pretty bad, and there’s footage to prove it. Lucky for us, said footage is absolutely hilarious. The video we found features a reworked version of “YMCA” that addresses the joy of conscription into the Empire’s military force that straddles that thin line between the worst thing ever and the best thing ever. It needs to be seen to be believed. Trust me.