Star Wars, We Need to Discuss Your White Brunette Obsession

The first step is admitting you have a problem 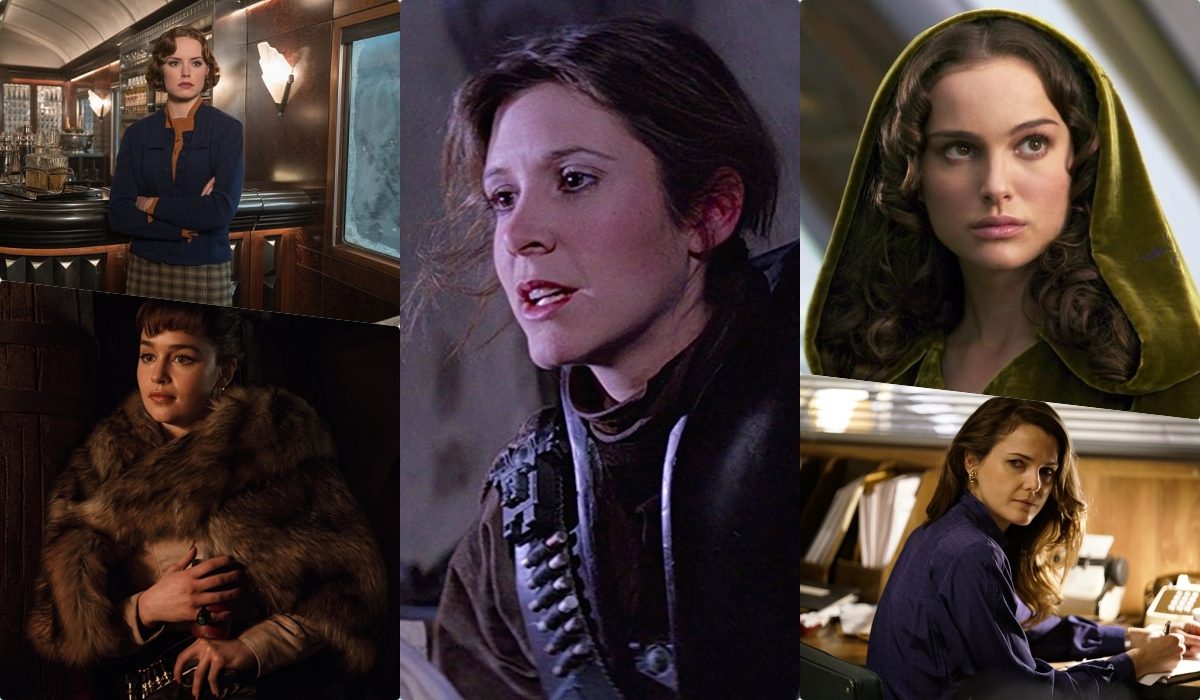 Oh, Star Wars. Just when I think I’ve spoken enough about the fandom state of the union, you go and pull another move like this.

The casting of Keri Russell in a yet-unknown part is great news, because she’s a talented actress, but also bad news, because yet again another white brunette has been cast in a major role in the franchise. Episode IX will be the eleventh film in a franchise that, to this day, has only featured three women of color in prominent roles.

For a studio that has prided itself on diversity as of late, in their latest films that looks more than a little embarrassing. Unless Russell is playing Rey’s mother or another established character who simply has to be a white brunette, there is no reason that a woman of color shouldn’t have been cast.

This is the latest in a long line of casting disappointments from Lucasfilm. Rumors swirled that only white actresses were considered for the role of Jyn Erso, which ultimately went to Felicity Jones, and the shortlist for Solo‘s leading lady Qi’ra was made up of Tessa Thompson, Zoe Kravitz, and Naomi Scott before Emilia Clarke swooped in and grabbed the role.

Even droid L3 is played by Phoebe Waller-Bridge, a white brunette. The only exceptions to this rule are Kelly Marie Tran as Rose in The Last Jedi, and Thandie Newton as Val and Erin Kellyman as marauder Enfys Nest in Solo (Val is killed off for a white man’s pain after about five scenes and Kellyman was restricted from doing press for the film as to not spoil the surprise reveal of her character).

It’s rather disconcerting to think that all of Star Wars’s leading ladies look related. You can hardly blame fans for trying to make some sense of the casting by saying that Jyn would be Rey’s mother, or that Rey would be Leia’s (Carrie Fisher) daughter. After all, what reason would Lucasfilm have to cast all these similar-looking actresses if they’re not playing one extended family?

The only character we can understand calling for a white brunette was Padmé Amidala (Natalie Portman), as she is Luke and Leia’s mother. Everyone else? There’s only Hollywood racism and short-sightedness making sure that they’re all played by white actresses.

Of course, articles like this will draw naysayers out of the woodwork who’ll say the best actress was cast for the role—though in that case, Tessa Thompson should have been cast over Emilia Clarke. There’s no denying that these brunettes are sometimes strong actresses, but also they are afforded a privilege based on being white that actresses of color are not. If Lucasfilm is not considering the full spectrum of actresses, how can they choose the best one? That argument is weak, and needs to be retired.

Star Wars is a cultural myth and needs to reflect more than just one type of person. This means women of color, LGBT+ women, and disabled women need to be reflected in the story as well. Fans have been speaking passionately about representation for years now, and each time it is like their requests fall on uncaring ears. The same goes for women behind the camera as well. While steps forward are being made with the hiring of Vic Mahoney as the second unit director for Episode IX and with women such as Kiri Hart leading the story group, we need some women—especially women of color—writing and directing the Star Wars films as well. With the directorial line-up looking even less diverse than the leading lady line-up, it’s time for a serious shakeup.

It’s worth noting that the Star Wars books, video games, and television series all feature more diversity in terms of female characters. The Aftermath series features Grand Admiral Rae Sloane, a black bisexual woman who founds the First Order and is a mentor to General Hux (Domhnall Gleeson). Phasma features Vi, a black woman who’s a spy for the Resistance. Inferno Squad and Battlefront 2 are lead by Iden Versio, a biracial South Asian woman, and Star Wars Rebels stars Sabine Wren, a Mandalorian weapons expert played by a South Asian woman whose character is not whitewashed. Why do we never see this diversity of representation onscreen?

Star Wars, you cannot claim to be political and diverse and not tell diverse stories. It doesn’t work. Prioritizing (brown-haired) white women and men over both characters and storytellers of color is a way to create an echo chamber.

It’s time to tell different stories from different voices, and actually live up to the promise of a future that’s inclusive. Otherwise, you’ll fall behind and be relegated back to the seventies as a reminder of a more dated time. Step up, Star Wars. The world is watching.