Good News Everyone! We Can All Buy Star Wars Again! 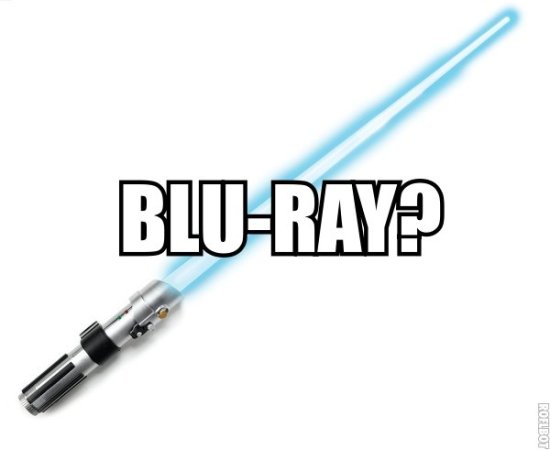 At C2E2 this weekend, Steve Sansweet of LucasArts let slip that the folks at Skywalker Ranch have been working on bringing Star Wars to the blu-ray format “for a couple years.”  The set would include all six movies and “lots of extra material,” for eternally faithful fans to plunk down yet another hunk of cold, hard cash for.

This leaves a number of questions still to be answered.  Which version of the films will be on the disks?  (Lord knows.)  Will there be more than one set, possibly forcing fans to choose between the original films and the wealth of special features?  (Almost certainly.)  How expensive will it be?  (I’m gonna go out on a limb and say very.)  Will George take this opportunity to perform a re-re-remastering?  (Oh god.)  Will he give the second trilogy, barely a decade old, its virgin remastering?  (Would it make a difference?)  Will the Jar-Jarless cut be included?  (If so, it may very well prove the existence of a benevolent god.)