If you think one of those things is not like the other, you’re about to be sorely disappointed.  This weekend Orlando, Florida is host to the Star Wars Celebration V (we guess it’s the Empire Strikes Back themed one?), and the con has already been the source of news that will be debated for a while among fans.

Some of the news was a much more expected surprise, as yesterday when George Lucas announced that both Star Wars trilogies will be coming to Blu-Ray within the next year, and showed a deleted scene from Return of the Jedi.

More info, including video, below.

What We Don’t Know

Lucas also awarded guest and fan Jon Stewart with a singular gift, both metaphorically and literally, as it is the only one manufactured.  His likeness in Storm Trooper form.

Isn’t he a little short for a… 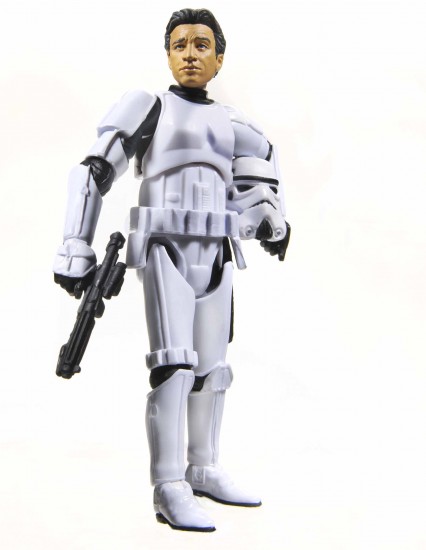 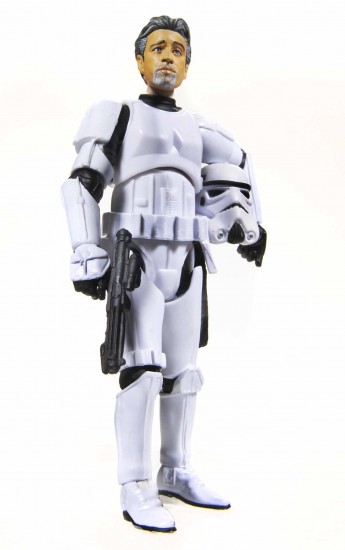 And now, since you’ve been so patient, here’s the promised deleted footage from RotJ.  It would have been used as Luke’s introduction, the first time viewers have seen him since he received his bionic hand.