Star Wars’ Andy Serkis Is Busy Helping Mark Ruffalo Be A Hulk, Mark Hamill Is Just Happy To Be Here 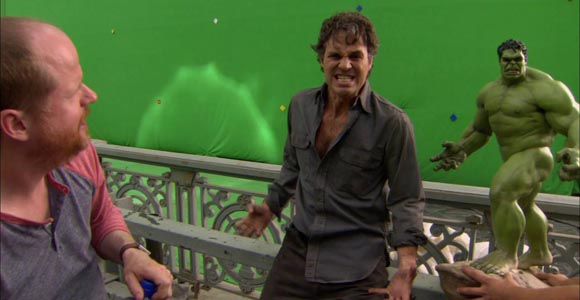 It may look like Mark Ruffalo is just playing around on the set of Avengers: Age of Ultron, but he’s putting in some serious work too! He has the tweets to prove it! Andy Serkis, newly cast in Star Wars: Episode VII, is apparently helping him with his Hulk. Meanwhile, original Star Wars cast member Mark Hamill is really excited about the new space gang.

The Avengers star (who we’d like to see in his own Hulk film but not before a Captain Marvel or Black Widow solo movie) has been tweeting up a storm lately on his nerd/non-nerd alike anticipated sequel. A fan recently asked for some details on The Hulk and Ruffalo gave away an interest secret.

@Captaian_jack Well, I have been working with the great @andyserkis on the big green boy and he is going to be even better then A1.

Pretty cool, no? We all know Andy Serkis is Hollywood’s go-to guy when it comes to motion capture (he was recently revealed to have worked on Godzilla) but it certainly makes sense he’d help contribute to Marvel Entertainment’s franchise considering he’s also under the Disney umbrella now in Star Wars. Speaking of which, Hamill also got to tweeting recently about the upcoming film, which is rumored to have another major female character to announce. He talked specifically about the table read we saw in that first cast shot.

UK table read- I was knocked out by the diverse & extraordinarily talented new cast members. WOW they’re good! The saga is in superb hands.

All of my fingers are crossed.

(via Digital Spy, The Hollywood Reporter, image via redditpics)