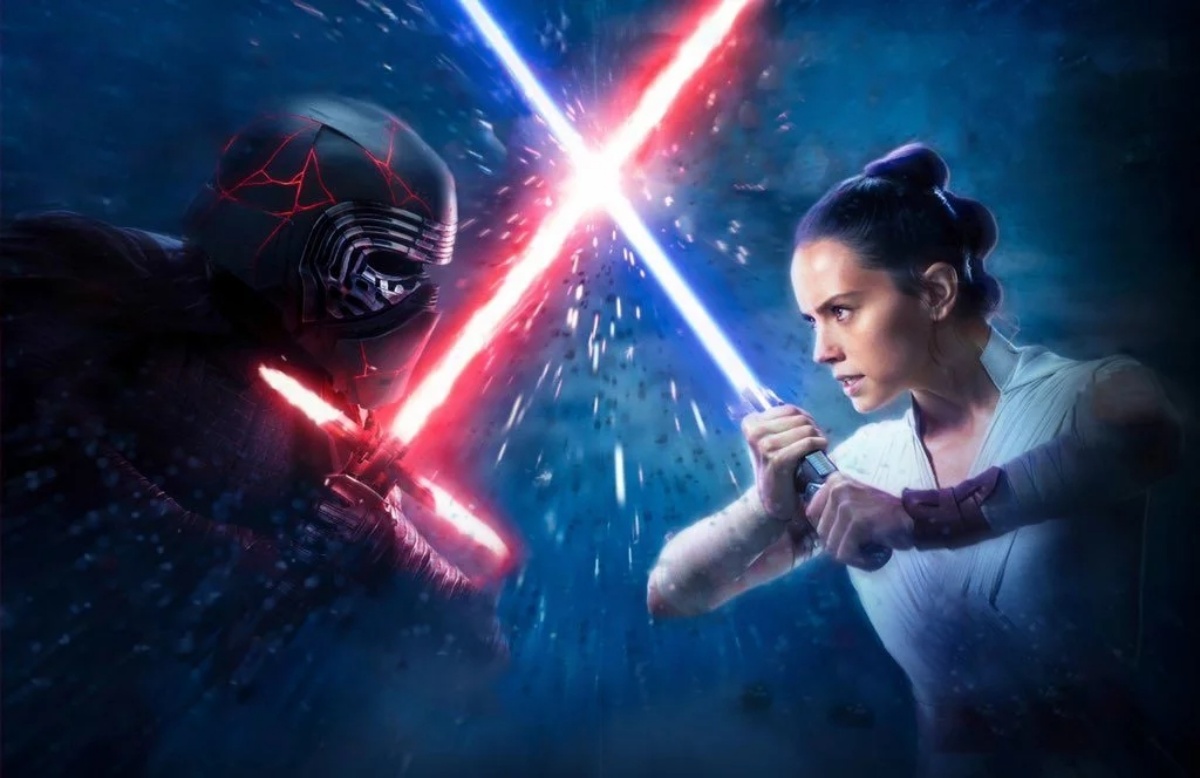 When you stop and think about the Star Wars franchise, you instantly think about how it makes actors into household names. The problem? Despite that status, those actors sometimes struggle to get work after starring in one of the biggest franchises around. Why is that?

I, personally, think it’s a mix of things from the fandom surrounding Star Wars to those actors then being typecast by Hollywood. So, let’s explore some of the actors who had major roles in the Star Wars franchise and then have either gone on record stating that they struggled to find work relatively quickly after or just … struggled.

Prior to The Force Awakens, no one knew who Daisy Ridley was, but then she brought Rey to life, and suddenly, she was a household name, for better or worse. But that didn’t mean she found work easily outside of the Star Wars franchise. Talking to Entertainment Weekly, Ridley opened up about how much of 2020 was her going to auditions for things and getting nothing, which is odd since she JUST starred in The Rise of Skywalker and was the lead of the entire sequel trilogy.

That’s not to say she wasn’t working and doing other things, but for someone who was a MAJOR player in one of the biggest franchises of all time, you’d think she’d have an easier go of it. But she also faced a LOT of backlash from toxic fans in the Star Wars fandom, and who knows, maybe studios didn’t want that coming along to their properties (which isn’t fair to Ridley).

In 2017, People published a piece about Mark Hamill’s career and even pointed out that the actor struggled after Star Wars to find work. Mark Hamill. You know, Luke Skywalker. While Hamill went on to do a lot of voiceover work before coming back into the world of live action, it’s still shocking that not only did he struggle but that it set a TREND. Most every key player in a Star Wars trilogy seemingly struggles a bit after the franchise wraps up.

Luckily, Hamill kept doing the work and gave us some of the best voice acting performances of our time before returning as Luke Skywalker in the sequel trilogy but still. Hamill has been working more regularly on camera lately, and it’s really nice to see him again.

Now, Boyega is a tricky one because he is working more than a lot of these actors, BUT for being one of the top-billed actors of a major franchise, I don’t think it’s enough, especially given that he was basically screwed over in the Star Wars franchise itself. In an interview with GQ, he even brought up that his role as Finn (and experience as a whole during his time with Star Wars) faced struggles based on race.

But Boyega, who was already getting buzz prior to Star Wars for his work in Attack the Block, should have instantly been a major star. He eventually got to that status because of fans and their love of the actor and his talent, but it wasn’t as instant as many of us wanted, and now, while he’s doing other projects, Boyega still isn’t the big action star lead he deserves to be.

It is KNOWN that Hayden Christensen struggled after playing Anakin in the much maligned Star Wars prequels in the early ’00s—mainly because people were (excuse my French) assholes about the prequels. There’s a theory that those of us who were kids when those movies came out (I was 13 when Revenge of the Sith was released) are the ones who still love them, and for me, at least, that’s true. And Hayden Christensen was good as Anakin Skywalker. Yes, the dialogue wasn’t great, but he didn’t WRITE the thing. He was just blamed for it.

And he then suffered the consequences of not getting the work he should have, especially given that his costars are now two of the biggest actors around.

Carrie Fisher is a bit different because Fisher’s career, while taking a dip despite the fact that she was one of the original Star Wars leads, took a different twist, and she turned to ghost-writing for movies. Looking at the ups and downs of her career, she didn’t have even the level of success that others did after their time in the franchise.

One of the best examples of how horrendous the fandom around Star Wars can be comes in the form of Ahmed Best. The actor who brought Jar Jar Binks to life was hated by so many in the fandom that he shocked other fans of the series by stating how that hatred almost led to his suicide.

The young actor who brought Anakin Skywalker to life in the prequels faced many struggles, including mental health issues, and while he is doing better, according to his mother, it is a look at how this fandom and press surrounding Star Wars affects the actors involved.

Kelly Marie Tran, much like Daisy Ridley and John Boyega, is a bit different because she is technically getting roles, but she should be getting bigger roles, and I think that the fandom surrounding Star Wars and what happened to Tran during her time as Rose Tico play a part in her career whether fans want to admit it or not.

Tran, who had been a struggling actor prior to landing the role of Rose Tico in The Last Jedi, was attacked by fans to the point where her character was diminished in The Rise of Skywalker and has been doing voice work and the series Sorry For Your Loss with Elizabeth Olsen since, but nothing to the level of Star Wars, and it seems unfair.(Tran is an INCREDIBLE actress and deserves more than what Star Wars gave to Rose Tico.)

Now, exceptions to the rule do exist. There have been actors who joined and already had a career. Those actors seemed to be fine after Star Wars, and some were even better for it, getting more high-profile roles because of it.

McGregor had a bit of a career prior to taking on the role of Obi-Wan. The year before, he starred in Velvet Goldmine and had been actively working since 1993, including his well-known role in Trainspotting. The 1999 release of Phantom Menace helped push McGregor into superstar status, but he was already on his way there.

So, his success wasn’t exactly a surprise, but fans did hype up his performance as Obi-Wan Kenobi so much that he’s getting his own spinoff series over 15 years later (which is deserved because he was one of the best parts of the prequels.)

Much like Ewan McGregor, there was already a career set in motion for Natalie Portman when she joined Star Wars as Padme in Phantom Menace. She was in Léon: The Professional and nominated for a Golden Globe in 1999 for Anywhere But Here, so her post-Star Wars success is not a surprise. But, much like the other “success” stories of the Star Wars cast, she was already known prior to her Star Wars work.

The exception to the “they already had a major career” rule is Harrison Ford. But, like Carrie Fisher used to say about him, he won the genetic lottery and instantly became a huge action star, and it was mainly due to George Lucas’ obsession with him. After Star Wars, Ford went on to play Indiana Jones and bring to life countless characters throughout the years, but was also on the older side of the cast. (Harrison Ford was 35 years old when A New Hope was released.)

While he’d been in acclaimed movies like The Conversation before Star Wars, he wasn’t the Harrison Ford we now all know and love, but still. He ended up becoming one of the biggest stars out there, and it did, essentially, boil down to his role as Han Solo.

Oscar Isaac’s success was also already in motion. Prior to joining Star Wars as Poe Dameron, he’d already been nominated for awards for his work in movies like Inside Llewyn Davis and had starred in Ex Machina and more. Continuing that caliber of work even after Star Wars just … felt like where Isaac was heading. I don’t think Star Wars hurt or helped his career, but it did give us our love of StormPilot, so … I’m forever grateful that he joined the franchise.

There were whispers of the love people had for Adam Driver before he took on Kylo Ren, mainly because of the HBO series Girls, but Star Wars did give him a larger platform and put him in the public eye more than the Lena Dunham show did. What works in Driver’s favor is that he’s incredibly talented and even brings a humanity to Kylo Ren that I don’t think that character would have had otherwise and so his success isn’t that surprising.

It’s more of Harrison Ford’s trajectory than anything else, but the difference (at least for me) is that I’m watching Driver take on that Harrison Ford level of work in real time instead of seeing it in retrospect. And Driver does deserve the work he gets; he’s absolutely incredible at what he does, but it is interesting to track where his career was prior to the start of his Star Wars journey.

This franchise can, in a lot of ways, change an actor’s life. But I think that this franchise also protects those who already have a bit of a career under their belt and continues to help them while sometimes leaving the formerly “unknown” performers in the dust. Overall, the franchise needs to do better in many ways but especially in how it protects its casts.