John Boyega Is Right About Star Wars’ Poor Treatment of POC, and I’m Glad He Said It 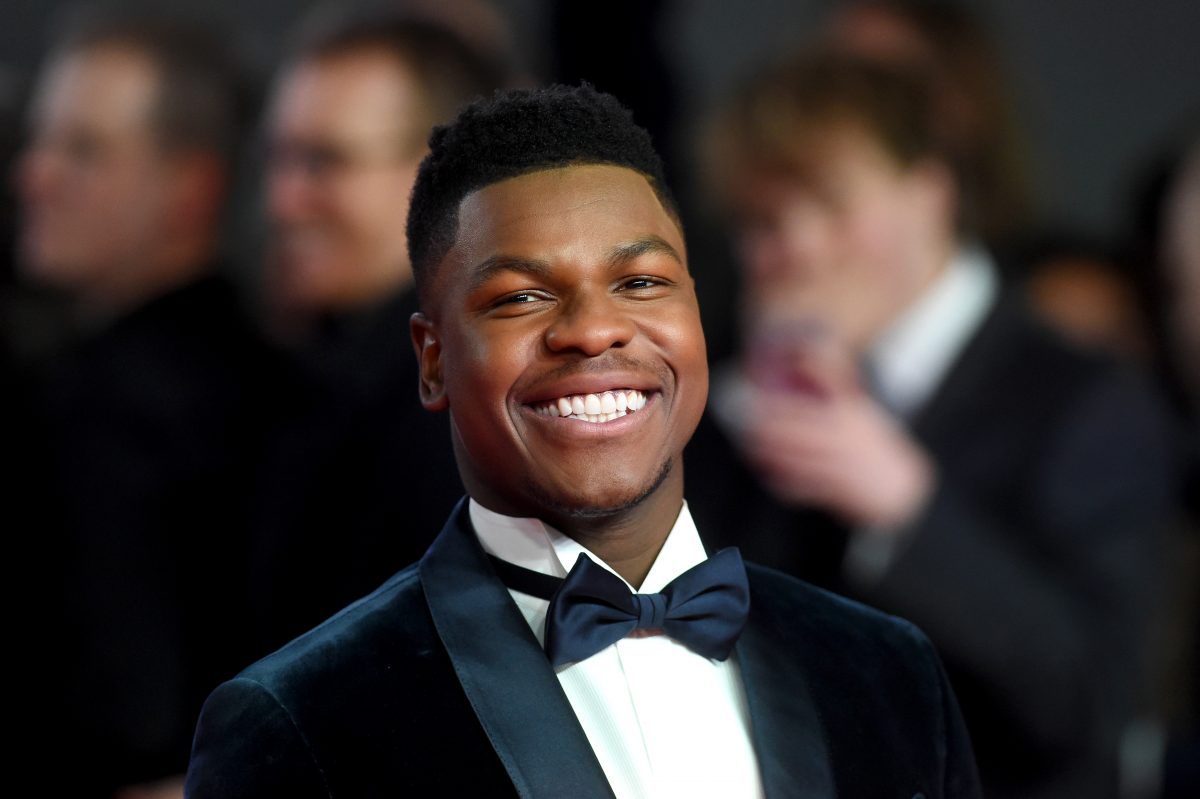 Since getting cast as ex-Stormtrooper Finn in the Star Wars sequel trilogy, John Boyega has taken on the unfortunate burden of being one of the most visible Black characters in Star Wars. Unlike his predecessors, Lando Calrissian (Billy Dee Williams) and Mace Windu (Samuel L. Jackson ), Finn was presented as one of the three leads of his series; he’s the Leia of the group, obviously, and therefore, his very presence in Star Wars made him a target of racist comments from the start, not to mention how things unfolded for his character.

He spoke his truth loudly and candidly during an interview with British GQ.

“I’m the only cast member who had their own unique experience of that franchise based on their race,” he said in the interview. “Let’s just leave it like that. It makes you angry with a process like that. It makes you much more militant; it changes you. Because you realise, ‘I got given this opportunity but I’m in an industry that wasn’t even ready for me.’ Nobody else in the cast had people saying they were going to boycott the movie because [they were in it]. Nobody else had the uproar and death threats sent to their Instagram DMs and social media, saying, ‘Black this and black that and you shouldn’t be a Stormtrooper.’ Nobody else had that experience. But yet people are surprised that I’m this way. That’s my frustration.”

And he is not wrong. While Rose Tico and Poe were both played by actors of color, they were not instantly hated because of race in the same way that Boyega was, although with Kelly Marie Tran, her race did become a frequent subject of attacks by people who hated her character.

Boyega continued, “It’s so difficult to manoeuvre. You get yourself involved in projects and you’re not necessarily going to like everything. [But] what I would say to Disney is do not bring out a black character, market them to be much more important in the franchise than they are and then have them pushed to the side. It’s not good. I’ll say it straight up.”

This part resonated with me the most because—I’ve said it here before, and I’ll say it again—I got interested in the sequel series when John Boyega showed up. He was presented to me in posters and in trailers as a potential Jedi who would take up the mantle after Luke, especially with the amazing online chemistry between him and Mark Hamill. However, Daisy Ridley’s Rey quickly became the “Luke” of the film—which is fine, because feminism and all that, but it doesn’t erase the fact that, as the series progressed, the balance that was supposed to exist between the main three became the Reylo show, which Boyega also discussed:

But he is also talking about other people of colour in the cast – Naomi Ackie and Kelly Marie Tran and even Oscar Isaac (“a brother from Guatemala”) – who he feels suffered the same treatment; he is acknowledging that some people will say he’s “crazy” or “making it up”, but the reordered character hierarchy of The Last Jedi was particularly hard to take.

“Like, you guys knew what to do with Daisy Ridley, you knew what to do with Adam Driver,” he says. “You knew what to do with these other people, but when it came to Kelly Marie Tran, when it came to John Boyega, you know fuck all. So what do you want me to say? What they want you to say is, ‘I enjoyed being a part of it. It was a great experience…’ Nah, nah, nah. I’ll take that deal when it’s a great experience. They gave all the nuance to Adam Driver, all the nuance to Daisy Ridley. Let’s be honest. Daisy knows this. Adam knows this. Everybody knows. I’m not exposing anything.”

I still enjoy The Last Jedi, but like many things that I love in the science-fiction genre, I enjoy it with the knowledge that it was not made with me in mind, as a Black person. It is also important to now take a step backward and look at what The Last Jedi, as a whole, did to the franchise in terms of fandom.

Does the Reylo ship get a portion of its hate from the fact that the fanbase is primarily women? That is always a factor when it comes to internet life, and misogyny is not to be tolerated, but it doesn’t mean that we should ignore the larger context of how the relationship between Kylo and Rey consumed the films with a Force chokehold.

Even when Anakin and Padme were out in the sand, Obi-Wan had a plot that was relevant to the story. Separating all three characters from each other for the entire movie was a mistake that stifled all of them in the long run, because while I stand by all the great mythology changes and shakeups that Rian Johnson did, the sad reality is that Star Wars has proven itself to not to be a shake-em-up type of franchise.

Not to mention that if we’re going to retcon Rey’s backstory in each movie, then it doesn’t allow for anyone else to get a backstory. When we elevate the villain’s role from just being in the background to now being the love interest, it doesn’t allow for other people to do anything, and when the two characters who get all the focus, depth, and nuance are white, and you make the Black male lead run after a white woman who largely ignores him for 3/4ths of the final trilogy installment, it leaves a bad taste in everyone’s mouth.

Boyega’s unapologetic LondonBlackness and unapologetic Africanness was also something people could not handle, turning cad-ish humor that they would have loved in a Harrison Ford type into hyper-sexualized rape jokes or saying that Boyega was bullying the very fans who had no problem disingenuously construing his jokes as harassing his own cast mate.

With his production company, charisma, and drive, I have no doubt Boyega will find work beyond Star Wars because, despite the haters, he does have a good group of fans surrounding him. Fans of color, but especially Black women, are out here like Ride of the Valkyries for him because he has proven himself to care about his dignity as a Black man and protecting Black lives over just coasting with a Disney paycheck. It has not been an easy ride for Boyega, but he has proven himself to be the truest Jedi Warrior, because throughout it all, he has not given in to the darkness and keeps fighting towards the light.