Just What Is Going on With Star Trek: Picard’s Cristóbal Rios and His Many Holograms? 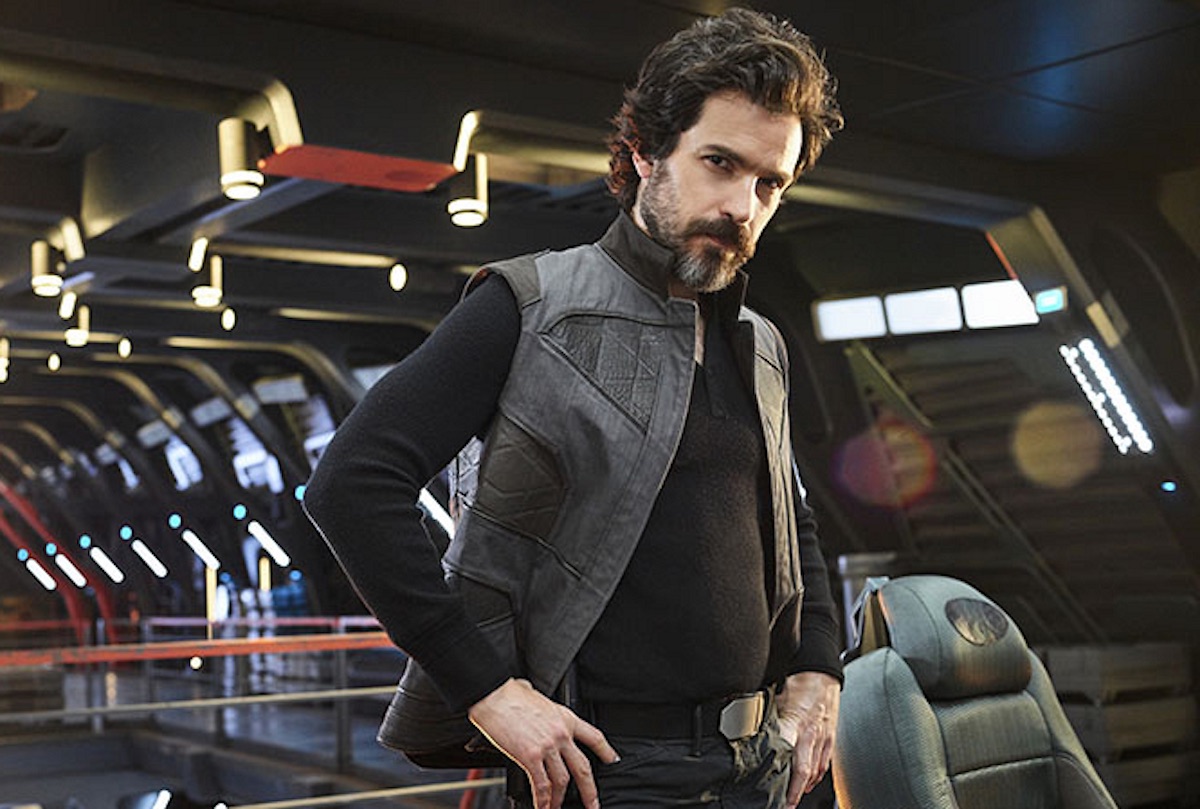 My favorite character on Star Trek: Picard is ex-Starfleet officer Cristóbal Rios, played by actor Santiago Cabrera. While I’m on record as generally in favor of dashing space rogue pilot-types, Rios is an intriguing, mysterious, multi-layered man to boot. He also has multiple holographic copies of himself running his starship—but why?

In what seems like it may be an ongoing joke—or perhaps a primary feature of his character—Rios’ ship, La Sirena, is crewed by varied holograms of the Captain himself. Each appears to have a distinct personality and sometimes a completely different accent or language to set them apart.

Rios’ EMH (Emergency Medical Hologram) has an English accent, while his ENH (Emergency Navigation Hologram) has an Irish accent. We meet those two when we first meet Rios in “The End Is the Beginning.” Then in “Absolute Candor,” we encounter his Emergency Hospitality Hologram (EHH?) who seems sweet and shy (Rios says that he hates this one). Next, in the middle of a space battle, Rios calls up yet another hologram, which he refers to as Emmet. Emmet is the only hologram to date to have a name, and he also seems to have a more distinct personality; his task appears to be piloting the ship in peril (EPH?). We also only see him speak in Spanish. At current count, that’s four Rios-shaped holograms.

First of all, this is a truly fantastic gag. Cabrera is a gifted actor, and he embodies these different roles so well that I saw arguments online about whether it was, in fact, the same actor playing Rios and the ENH and the EMH when they were first introduced. I wasn’t sure myself. (If you’re wondering where you may have seen Cabrera before, it was likely on Heroes, or the BBC’s Merlin or The Three Musketeers.) To have these holograms pop up wearing Rios’ face while no one says a damn thing about it is both amusing and furthers the character’s mystique.

Now that it’s clear that La Sirena is packed full of Rios holograms, it’s possible we may keep meeting more and more. Maybe he has a Personal Chef Hologram, and a Communications Hologram, and a Recreation Hologram, and an Engineering Hologram, and a Security Hologram, and on and on. It’s a practical enough way for one man, who seemed content to be on his own, to staff a considerably-sized ship. But I think that there’s more going on here.

What we know about Rios thus far is that he’s ex-Starfleet, formerly the XO (that’s First Officer) of a heavy cruiser called the USS ibn Majid (Majid was a famous 15th-century explorer, cartographer and navigator). Rios says that he witnessed the violent death of his captain and that Starfleet basically wiped his ship from the official record (buy why?). It’s no wonder that he’s become cynical and isolated after what appears to be a hugely traumatic event involving his old career. Maybe it was comforting, or at least entertaining, to give himself a crew of lookalike holograms. If this were a paper for a freshman English class, I’d also suggest that perhaps each hologram is meant to embody a facet of Rios’ personality that he struggles to reconcile.

But there’s likely yet more symbolism we’re meant to infer. One of Picard’s primary themes is how synthetic life was ostracized following a terrorist attack. Much of the show’s narrative is concerned with reestablishing respect for “artificial” beings. Thus we have Picard’s ongoing affection for Data, and his concern for Data’s twin daughters, both of whom at the moment are depicted in a sympathetic light. Even the synthetics we saw attack Mars seemed to be dismissed and maligned for what they were before they took action, suggesting they may have been pushing back against oppression.

Star Trek has a history of popular and important “synthetic” characters, from The Next Generation’s vital android Data and its Borg big bad, to Deep Space Nine’s lounge singer/crew therapist Vic Fontaine, to Robert Picardo as the EMH Doctor on Voyager, who became one of that show’s best and most memorable characters. Even the ubiquitous “Computer” interface across several series was voiced by Gene Roddenberry’s wife Majel Barrett. It’s no accident that a Star Trek show that brings the question of the autonomy and rights due to synthetic lifeforms to the fore has a starship full to bursting with holograms, many types of which we haven’t seen on Star Trek before in this capacity.

The part of me that loves a Twilight Zone-esque twist thinks it’s possible that Cristóbal Rios, the man we know, is a hologram himself. That would be quite the reveal. While we did see Rios bleeding with shrapnel in his shoulder when Picard first goes to meet him, that wouldn’t be impossible to stage, especially since Rios knew Picard was coming through Raffi. With his shirt off, we also see that he has a mermaid-like creature—a siren—tattooed on his arm. La Sirena, get it? What if Rios and his ship are the same thing, and he is simply how La Sirena manifests itself? 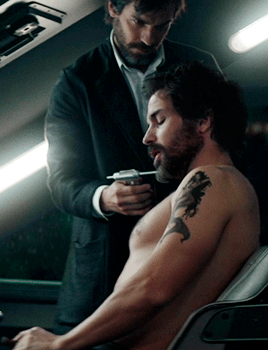 Or we could flip this—it’s possible something might happen to the “real” Rios, and then we get to have the holograms left to run the ship and demonstrate that they still embody valuable aspects of the man himself. Either way, I believe that Rios’ holograms are here for a reason that will serve a larger part in the narrative. But for now, I’m putting chips on the “Rios is also a hologram” bet, because to date the Alex Kurtzman-oriented Star Trek shows never met a twist they didn’t approach at warp speed.

And wouldn’t it just be like a holographic man on Picard to be reading a book—Tragic Sense of Life by Manuel de Unamuno—about, as Rios puts it, “the existential pain of living with the consciousness of death and how it defines us as human beings”?