'Star Trek: DS9' Doc Is Closer Than Ever | The Mary Sue

Star Trek: DS9 Doc “What We Left Behind” Is Closer Than Ever 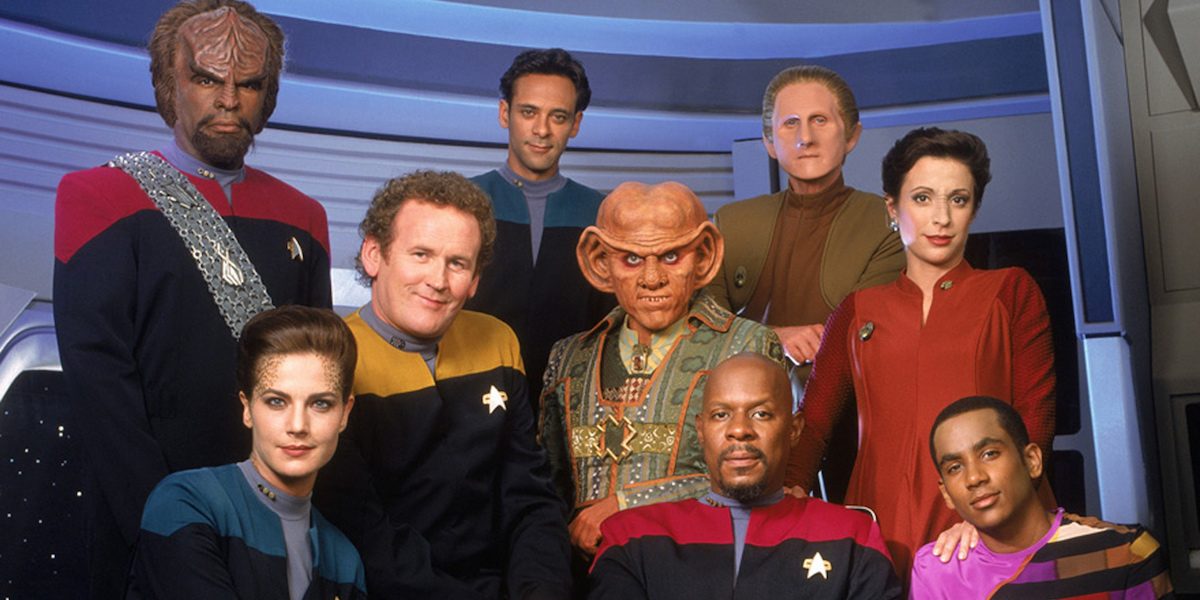 The documentary from Star Trek: Deep Space Nine showrunner Ira Steven Behr and For the Love of Spock‘s David Zappone will be beaming into our eyeballs in 2019. Praise Morn!

Deadline Hollywood reports that What We Left Behind: Looking Back at Star Trek: Deep Space Nine has been acquired by Shout! Studios, which intends to distribute the film before the end of the year via various platforms—including theaters.

This theatrical bump excites “producer slash editor” Joe Kornbrodt for several reasons, a big one being that a raft of new attention aimed at DS9 might convince CBS to finally remaster the show into HD glory. In the interim, Kornbrodt and his fellows are working hard to remaster the clips they’re using in the documentary.

Kornbrodt also says that the What We Left Behind team has plans to share the doc with its crowdfund backers before anyone else can get our greedy Ferengi hands on it. If this fun, tongue-in-cheek announcement is any indication of the kind of work that’s been put into What We Left Behind, I’m even more excited.

I did not think it was possible that I could be more excited, because a deep dive into Deep Space Nine is all that my perpetually-in-mourning-for-DS9 heart desires, but everything about What We Left Behind seems to shine like so many bars of latinum. The film will be examining the show from several angles, and won’t skip over its initial cool reception.

The in-depth retrospective approaches the edgy Deep Space Nine as the most-misunderstood of the franchises that have flown under the banner of Gene Roddenberry’s Star Trek brand. When it premiered in January 1993 as a spinoff of Star Trek: The Next Generation, many devoted Trek fans thought the show flouted Roddenberry’s overarching vision of humanity’s noble and united future in the age of interstellar exploration.

Many devoted Trek fans were wrong and eventually realized the error of their ways since it is a truth universally acknowledged that Deep Space Nine is the best Star Trek series ever with the 2nd-best (and my favorite) Captain, Benjamin “Suffers No Fools” Lafayette Sisko.

And What We Left Behind isn’t only a nostalgic retrospective—it’s also an exercise in futuristic speculation.

More than a reflective project, What We Left Behind offers a glimpse into an alternate universe where Deep Space Nine is ramping up to its eighth-season premiere. That’s because the reunited writers of the original series are spotlighted as they craft a brand-new episode, developing what would be the Season 8 premiere if the show were to return to the air today.

If you want to get even more psyched for What We Left Behind, check out the team’s original awesome pitch video from Indiegogo.

I can’t wait to look at this documentary the way Jadzia Dax looks at classic 23rd-century design.