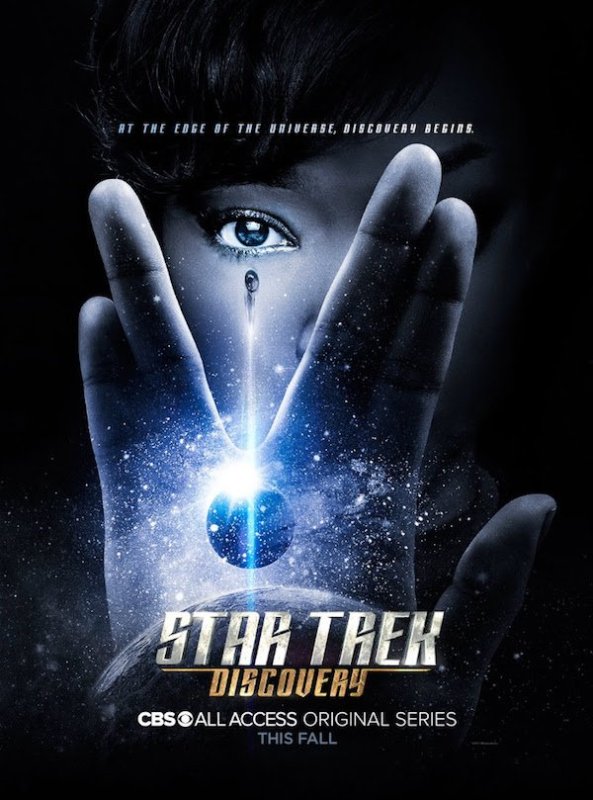 Gene Roddenberry, creator of Star Trek, had a very specific vision of the future. By the time Star Trek: The Next Generation rolled around, he insisted on a story mandate: the conflict can never be between our main characters, because in Starfleet, petty squabbles are a thing of the past. Which is weird, because on the Original Series, Spock and McCoy were all about petty squabbles, and Scotty would punch you in the face if you trash talked about the Enterprise.

According to Nerdist, Star Trek: Discovery showrunners Aaron Harberts and Gretchen J. Berg are putting the kibosh on that mandate. Says Harberts, “We’re trying to do stories that are complicated, with characters with strong points of view and strong passions… People have to make mistakes — mistakes are still going to be made in the future. We’re still going to argue in the future.”

He continues, “But while we’re human or alien in various ways, none of us are perfect. The thing we’re taking from Roddenberry is how we solve those conflicts, so we do have our characters in conflict, we do have them struggling with each other, but it’s about how they find a solution and work through their problems.” And Berg adds, “The rules of Starfleet remain the same.”

I’ve been watching Star Trek since I was eight years old, and I’ve heard about Roddenberry’s mandate before. It never made any sense to me, because it didn’t seem to jibe with the show I was watching. At least, not the way it was described by people who’ve worked with him.

io9 talks about a William Shatner-produced documentary called Chaos on the Bridge, which focuses on the tumultuous first years of TNG. They say of the documentary:

“The picture that emerges is of a man who was angry and bitter after years in the wilderness following the cancellation of the original Star Trek in 1969. Roddenberry, according to all Shatner’s sources, had also developed a huge ego after years of going to conventions and college campuses and speaking to huge, adoring throngs—and the ‘Great Bird of the Galaxy’ had started to believe his own hype regarding his status as a great visionary who pointed the way toward a utopian future for the human race.”

It’s certainly very possible that, by the time Roddenberry got to TNG, he’d become more set in his ways thanks to decades of fans blowing smoke up his skirt. But as a kid growing up watching the show, particularly the Original Series, and hearing about Roddenberry’s “no conflict” mandate, I didn’t understand it as “no conflict between main characters ever.” I understood it to mean no conflict based on things that humanity had gotten over, like racism, sexism, and differences in class. Roddenberry wanted his starting point to be a human race free of those things. This doesn’t mean that there will never be interpersonal conflicts. It simply means that those conflicts won’t have the added layers of racism or sexism, or won’t have economic underpinnings.

To me, it makes sense for Starfleet personnel to not throw racial slurs at each other, or think less of each other because of gender, race, or physical appearance/ability. But yeah, the entire point of having a Spock and a McCoy tempering Kirk is that there is a conflict there. Spock and McCoy were like the Logical Devil and Emotional Angel on his shoulders, fighting with each other as they each tugged Kirk in their direction, with Kirk left to decide how to balance the two. The entire series was based in conflict like that.

And clearly, no one told Scotty about these higher ideals. Sure, the person he wants to punch for talking trash about the Enterprise in the Original Series episode “The Trouble With Tribbles” is a Klingon, but if Starfleet officers were really as “over it” as all that, surely that wouldn’t have been Scotty’s go-to impulse. Especially with someone of a different culture.

To me, that’s the spirit of the mandate: that conflict between humans only be based in universal concerns, not stemming from any sort of inequality. So long as Discovery does that, that’s totally in the spirit of Roddenberry’s mandate and his original creation, even if it’s not following the letter of the law written by a man whose sense of self had gotten inflated.

Tl;dr—write what you want, Star Trek: Discovery. You’re correct in that you don’t need any kind of mandate to “get it right.” Roddenberry’s original vision is like pornography. Hard to define, but you’ll know it when you see it.