Stan Lee to Star In His Own Action Movie, Featuring an Embellished Version of His Life 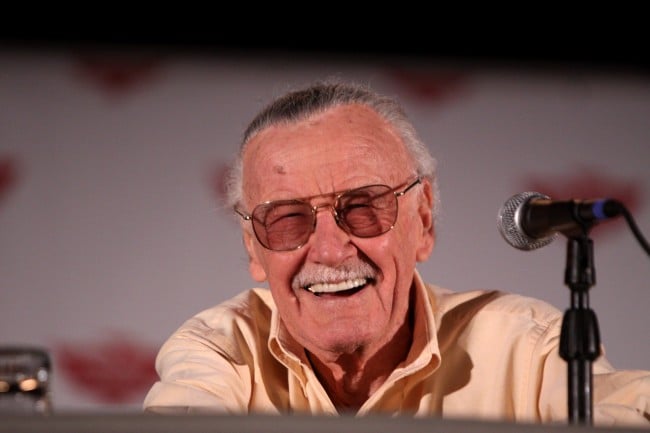 Stan Lee has had cameos in plenty of Marvel superhero properties, but he’s never gotten to be the superhero. That’s all about to change. Marvel Comics’ legendary founder, plus the co-creator of tons of well-known heroes like the Fantastic Four and the Avengers and the X-Men, has signed away his life rights to 20th Century Fox so that they can make a movie about his experiences.

Except… it’s also going to be a superhero movie, of sorts. It definitely won’t be a traditional biopic about Stan Lee’s career working in comics; it’s going to be a 1970s-set action movie featuring Stan Lee’s (fictional?) alter-ego, who is a James Bond-inspired super-spy. According to The Hollywood Reporter, the movie’s going to be made “in the tone of Kingsman: The Secret Service or, as one insider put it, ‘Roger Moore’s 007.'” (Stan Lee isn’t going to play himself, by the way; some younger actor will have the privilege. But I’m sure Lee will negotiate a cameo.)

A couple thoughts. First of all: interesting that Stan Lee would choose to give this movie to 20th Century Fox, rather than Disney, but perhaps Fox was the only studio who wanted this idea. It is a pretty unusual concept.

Second of all, I have to admit to being slightly disappointed that this isn’t a biopic about Stan Lee’s actual career, but we may have to wait until (knock on wood) after he passes away in order for that type of project to be possible. Lee has instead chosen to create an unusual twist on the idea of a biopic, but that is definitely one way to control the narrative surrounding his own career in a fun, self-aware way.

Perhaps it’s also a sign that Stan Lee’s life story involved a hidden alter-ego that none of us knew about … who knows?