Just When You Thought It Was Safe To Get Back In The Water, Spiders Are Now Eating Fish 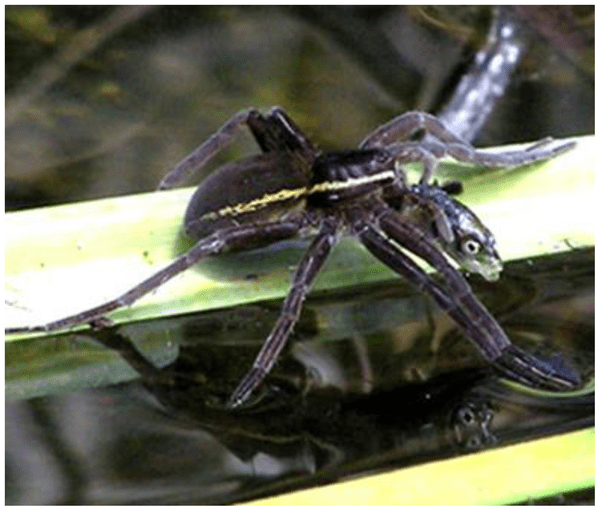 Go to bed with the lights on and never come out: research published yesterday reveals that a staggering variety of spiders across the globe are semi-aquatic and catch fish on the reg. Obviously a spidernado is now inevitable.

Fish Predation by Semi-Aquatic Spiders: A Global Pattern, published yesterday in PLOS One, reveals that spiders ranging from 2-6 centimeters in size can often be found chowing down on aquatic prey much, much larger than their teeny-tiny spidey body. Although scientists had long suspected based off anecdotal evidence that spiders might supplement their diet with a little seafood, the diversity of the spiders that eat aquatic prey and the frequency with which the study says attacks occur is surprising. 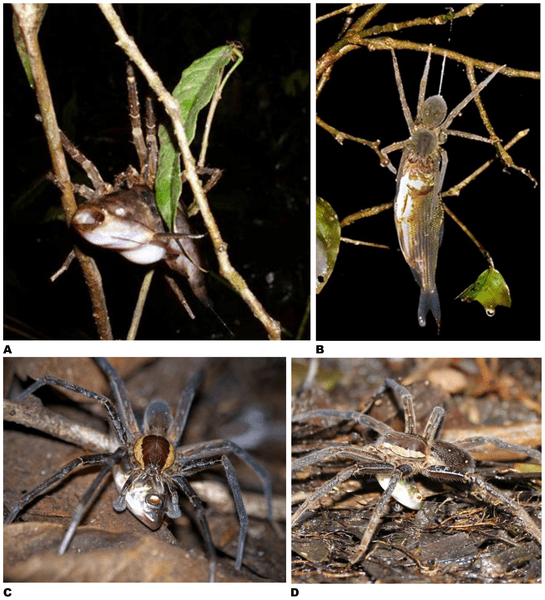 The notion of fish-catching spiders is rather peculiar if we consider that spiders, as a whole, are traditionally viewed as the classic example of a predator that feeds on insects, yet some spiders are well-adapted for life near, or on, the water surface

AND THAT’S NOT ALL.

[Spiders also] supplement their arthropod diet with small vertebrates including frogs, toads, salamanders, lizards, snakes, mice, rats, bats, and birds […] and many spiders may be found at the land-water interface 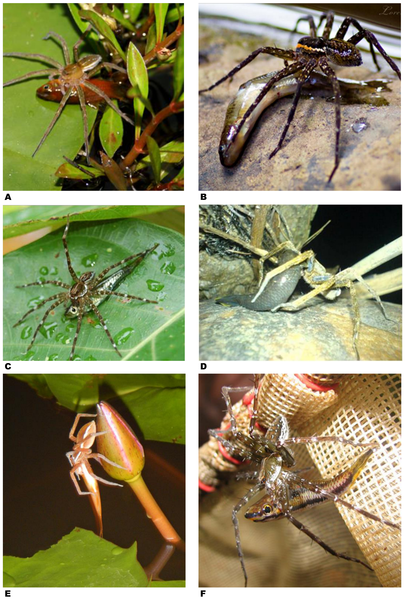 According to the study, spiders regularly eat fish on every single continent except for Antarctica. In North America, most spider-on-fish violence occurs in Florida.

As for anyone who thinks I’m disproportionately grossed out by the circle of life:

( via io9, GIF via Dan Van Winkle and Victoria McNally)