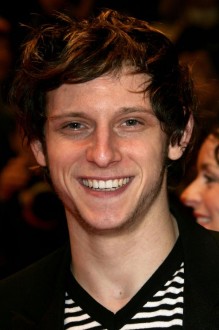 If you’ve been feeling a tingling sensation all day, you may not have to go see the doctor after all. It could just be your Spidey Sense, telling you that, according to a Bleeding Cool report by Rich Johnston (who is reputable enough to report based on substantial evidence — what he calls “repeated reports [to Bleeding Cool] that Sony have settled on their new Spider-Man” — not just the rumor bandwagon), the new Spider-Man actor has been chosen. And it’s Jamie Bell. This is the best choice by far. Males named Jamie are superior creatures.

Arrogance aside, Bell is a talented actor, as his work in Billy Elliot proved. There will surely be some concerns with the choice, though. First of all, yes, he is from across the pond. And while the accent may not be what we’re used to hearing from the webslinger, let’s not be closed-minded.

A more legitimate concern some may have is that he can’t juggle jumping into a Spider-Man movie with his current engagement as Tintin in the new Adventures of Tintin movie. But note on the aforelinked page that the Tintin film appears to be in post-production, even though it’s slated for a December 2011 release. Even if this IMDB claim is misinformed, it would be far from impossible for Jamie Bell to juggle the two and meet the Tintin release date and a 2012 release for Spider-Man.

While Bell will probably do a good job, he’s notably not Donald Glover.

Disclaimer: If you’re seriously been feeling an odd tingling sensation all day, you really should go see a doctor.