[UPDATED] AAAAAAAH IT’S HAPPENING: Marvel Will Partner With Sony to Bring Spider-Man To The MCU 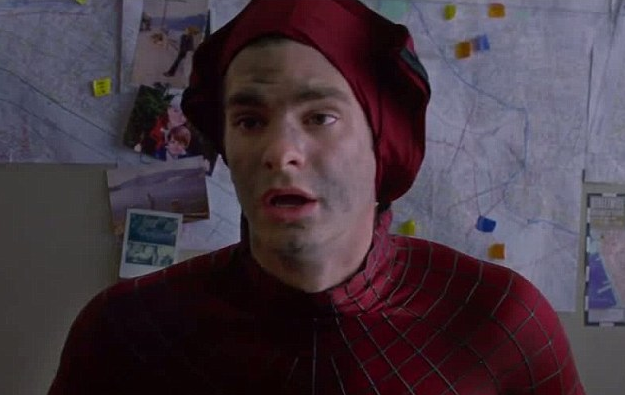 And they didn’t even say which Spider-Man. EVERYBODY JUST BREATHE IT’S GOING TO BE OKAY

It’s not a rumor or weird fan speculation this time: It’s coming from Marvel’s official website. At almost MIDNIGHT, even. Marvel I was about to go to bed and I am not going to be able to sleep for days, now, how dare you.

Under the deal, the new Spider-Man will first appear in a Marvel film from Marvel’s Cinematic Universe (MCU). Sony Pictures will thereafter release the next installment of its $4 billion Spider-Man franchise, on July 28, 2017, in a film that will be co-produced by Kevin Feige and his expert team at Marvel and Amy Pascal, who oversaw the franchise launch for the studio 13 years ago. Together, they will collaborate on a new creative direction for the web slinger. Sony Pictures will continue to finance, distribute, own and have final creative control of the Spider-Man films.

Marvel and Sony Pictures are also exploring opportunities to integrate characters from the MCU into future Spider-Man films.

So as I mentioned before, they don’t say which Spider-Man, but given that Sony has “final creative control” of the next Spider-movie and they don’t have a great track record for caring about anybody but Peter Parker, it’ll most likely be him—perhaps with a cameo in Civil War or something for extra awesomeness? But this also means that Marvel might have the opportunity to pick up other Spider characters that Sony hasn’t quite known what to do with until now—you know, like Miles Morales, Silk, or Jessica Drew, who is only really spider-y in name but who usually gets lumped in there anyway. And we’ll also for sure get MCU cameos in a Spider-Man film, which will finally make those movies worth watching for something other than Andrew Garfield’s sparkling dweebiness (although some are speculating that Garfield won’t be tapped for any more Parker performances, considering that Marvel already has plans to recast him).

Okay, done with the news part. Now is the time for fanatic shrieking.

LET US CONTINUE TO SHRIEK TOGETHER, FRIENDS. Or just let us know your thoughts in the comments. But mostly shrieking.

Update : Wait. I just thought of something… what do you think this means for that female-led Spider movie Sony announced this summer??

Update #2: Jesus, Marvel, let us be excited for like three seconds before you try to slip in something we’re gonna be mad at you about. From another post that just went up on the site:

So, yeah, it looks like they’re pushing back all the diversity-filled movies we were excited for to bring us Spider-Man’s instead. Uhhhhhh. Okay. Well, it could be worse—we know we’re seeing Wakanda in Ultron and T’Challa in Civil War, and we know that Carol Danvers probably isn’t getting an origin story so we’ll probably see her before her solo film as well, and there’s the slight possibility that Marvel will start with Miles Morales right out of the gate. Plus, hey, maybe a Spider-Man movie that won’t suck?

Given that these films were so far away to begin with, I’m going to try to look on the bright side and just enjoy them as they come. What about you all? Shrieking less? More, but like in the opposite not-cool way?