If Marvel Does Get Spider-Man It’ll Recast Andrew Garfield, But Wait…Is This Happening?

Don't toy with our emotions 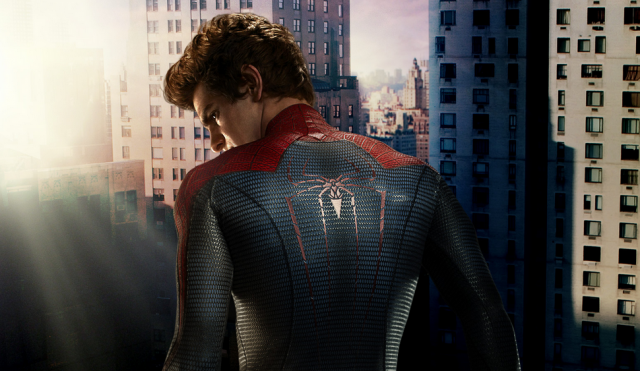 A lot of information has been flying around since the massive Sony hacking, so it’ll be interesting in the coming months/years to see what actually comes of all the projects the public suddenly knows a lot more about. Will the Angelina Jolie Cleopatra get made? Will the Michael Fassbender-starring Jobs even make it to theaters, let alone grab all those awards it’s clear everyone involved desperately wants? And hey, now that we’re on the subject — is there hope for Sony and Marvel to make a deal that will bring Spider-Man to the MCU? A new report suggests there might be.

Previous reports coming out of hackings — which have been pretty bad for lower-level Sony employees in that it’s exposed them to higher risk of identity fraud — had indicated something many a Marvel fan had been hoping for for a while: Communications between Marvel and Sony opening up the possibility of getting Spider-Man all up in Captain America: Civil War. Alas, it appeared with those reports as if negotiations had fallen through and we (or at least I) would be left continuing to pine for what might have been.

But let’s put the pining on hold for a second.

New reports are suggesting that “pressure” — presumably from Sony’s parent company but maybe also from all those prayer circles we’ve been holding, who can say, really? — may re-open those closed talks once more. Let’s keep this firmly in the “grain of salt”/”extremely rumory rumor” territory. But let’s also look at what else these reports are saying: If a deal does go through, Marvel would recast Peter Parker.

Keeping Andrew Garfield in that character would tie Sony’s Amazing Spider-Man movies to the MCU — and if it didn’t it would be an even more confusing set-up — so that’s a change that makes a lot of sense.

The 60/40 split [in rights] still looks to be the divide with Sony handling distribution. However, Marvel’s not inclined to give Sony creative control over the character, nor planning on honoring the contracts with Sony’s Spider-Stars. More poking into the origins of the Aunt May solo film and Female Spider movie rumors revealed that these were actual Sony Picture Entertainment plans that Marvel knew about and severely disliked. Now that Marvel can have the rights to the character back, they plan to wipe the slate with the Amazing Spider-Man universe.

Garfield reportedly has a contract for a third Spider-Man film, but the new report says that Sony plans on creating a deal with Marvel that would allow them to recast the character. There are no plans to do another origins film though, as Marvel believes audiences have grown tired of Spider-Man origin tales.

Again: Rumory rumors with a side of rumor, served up on a fine bed of salt grains. Still, it’s an intriguing proposition. I tend to be a fan of Garfield as Peter Parker (and Emma Stone as Gwen Stacy) even when I’m not a fan of the Amazing Spider-Man movies on the whole. But a clean slate? And a Spider-Man galavanting with his fellow Avengers? I’m not getting my hopes up, but it sounds good to me.

What do you think of all the spidey-rumors?