Things We Saw Today: Check Out This Spider-Man: Into The Spider-Verse Art Show 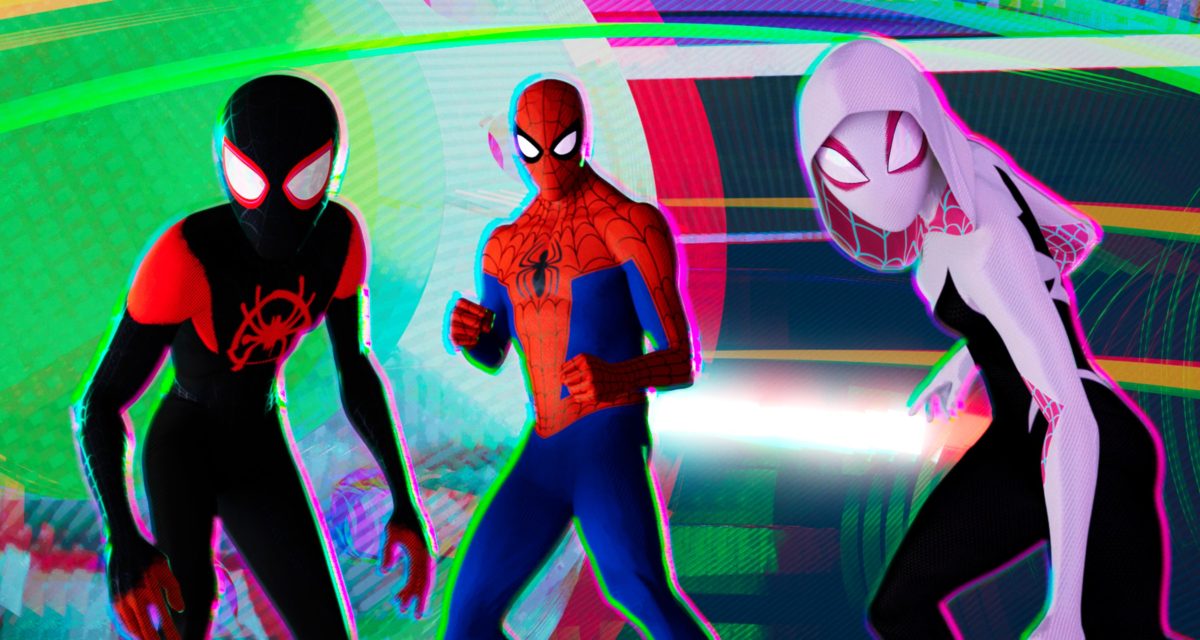 This weekend, Gallery Nucleus in Los Angeles teamed up with Grey Matter Art to present an official tribute exhibition for Spider-Man: Into the Spider-Verse. The show, “What’s Up, Danger? The Into the Spider-Verse Tribute Show”, featured a stunning collection of pieces inspired by the film, with many of them coming from animators and artists who worked on the Oscar-winning feature.

In partnership with @GreyMatterArt, we're proud to present the official tribute exhibition for #SpidermanintotheSpiderVerse! Join us June 29 for the unveiling of prints and art made in tribute to the Oscar-winning film! #spiderverse #marvel #mcu #spiderman #intothespiderverse pic.twitter.com/tyM9p2z5XZ

Artists included Babs Tarr, Drew Hartel, Megan Lawton, Mindy Lee, Mingjue Helen Chen, Erik Ly, and several others, along with a book signing by Zac Retz, Yuhki Demers, and Robh Ruppel. Much like the movie, the show featured some dazzling illustrations and paintings that vividly bring the Spider-Verse to life. Here’s a look at some of the pieces:

Guess it's okay to post?? My piece for the Spiderverse Tribute show @gallerynucleus! Opening reception tomorrow at 6-9pm. pic.twitter.com/tX7gtLUzRf

See you guys tomorrow, 6-9PM, at the Into the Spider-Verse tribute show in partnership with @greymatterart. Here's one more sneak peek by @evelmiina. Your Spidersonas are highly encouraged! Admissions are free so come early to get the full Spider-Verse experience – free ice cream pops, signing with @zacretz, @ninjayuhki, and @robhruppel, limited and exclusive Spider-Verse merch!⁠ ⁠ Link on our bio to sign up for an exclusive online preview. ⁠ _________⁠ #spiderverse #spidermanintothespiderverse #marvel #mcu #spiderman

My piece for the upcoming @gallerynucleus Into the Spider-Verse show, opening tomorrow night 6-9pm! #Spiderverse pic.twitter.com/moVY7cAhm7

The official Spider-Verse show, “What’s up Danger?” opens tonight at @gallerynucleus. If you’re in the area, definitely check it out. Im not able to attend but you’ll have a chance to snag prints of the digital version (image 6/6) in addition to seeing the original acrylic version(images 1/5). Yep, that’s right, I like to punish myself and painted all of those tiny shapes and color changes! This piece is one of only 3 originals in this style and like all my originals, they’re not scanned to make prints. They’re truly a one off. – – – #schmandrewart #independentartists #illustration #illustratorsoninstagram #columbusart #columbusartist #artmakescbus #gallerynucleus #greymatterart #spidermanintothespiderverse #gwenstacy #spidergwen #peterbparker #milesmorales #pennyparker #marvel

Gallery Nucleus show this Saturday! I will have a couple paintings in the show and will be signing books with Robh Ruppel, and Yuhki Demers :)https://t.co/uOGAMEZSPs pic.twitter.com/odFnlfpj8B

Massive congratulations to my pal @dinolich on her kickass piece in the What’s Up Danger: Into the Spiderverse Tribute Gallery at Gallery Nucleus!!!! Her awesome marker and ink piece is pictured here first and a couple others from dif artists. Also, here’s a stalker style pic I took. Not creepy!! 🤣🤣 Congrats ladyyy!!!! 🥳🏆🎉🎊🎈🥇#gallerynucleus #whatsupdanger #spiderverse

Spider-man: Into the Spider-verse Tribute show is opening at 6pm TODAY @gallerynucleus !! I’ve got two pieces up along with other super cool artists hope everyone can make it!! #celinekimart #spiderman #spidermanintothespiderverse #sonyanimation #gallerynucleus

My 8 week old kitten started doing this thing to where she will know i’m about to come in the room and she will hide by the bathroom door and jump out to scare me when i’m walking up. 🤣 just thought I’d share this cuteness 🥰 pic.twitter.com/SOz1ckGGpr