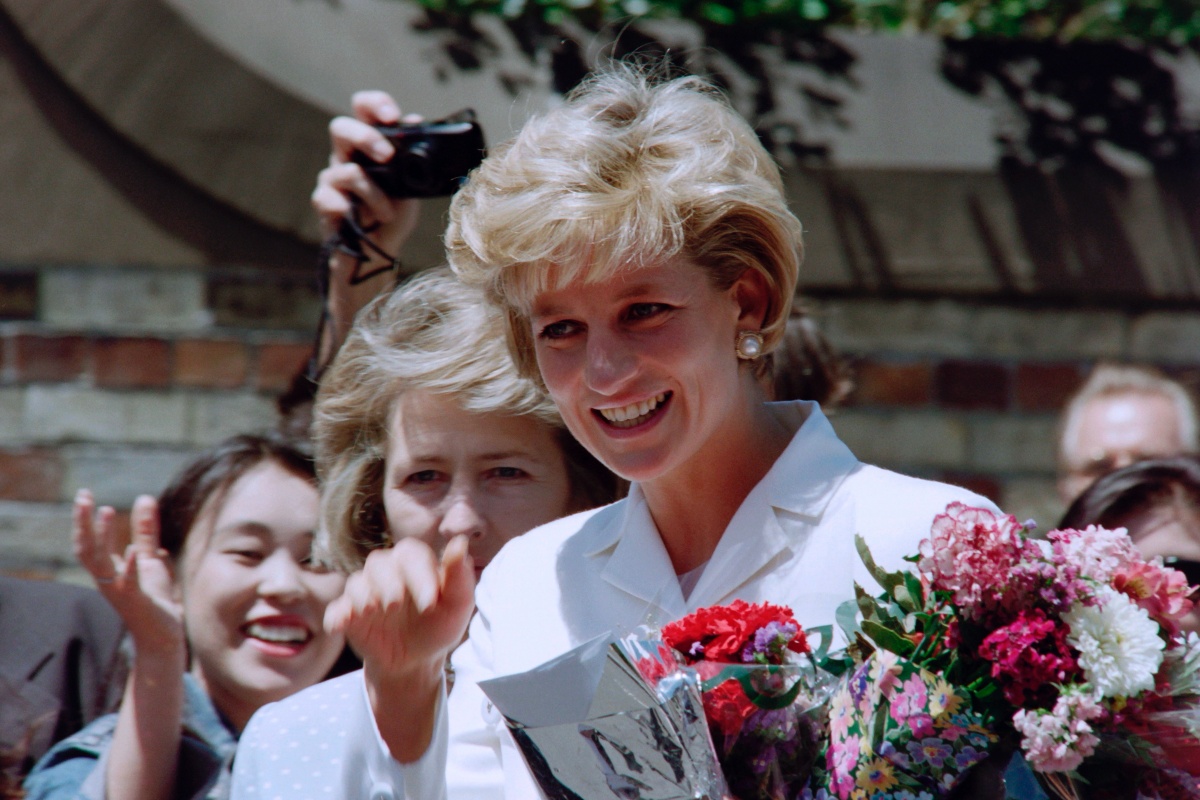 When it was announced that Kristen Stewart was going to play the late Diana, Princess of Wales, the internet had some doubts about whether the Twilight actress could pull it off. Yet, the news is coming in that she nailed it.

Just saw footage of SPENCER. Kristen Stewart is going all out for that Oscar glory. And her Princess Di accent is spot on! #CinemaCon pic.twitter.com/wIaqIRcyIn

EW was there for a sneak peek at Pablo Larraín’s Princess Diana biopic Spencer, which debuted at CinemaCon on Wednesday. The film will follow three days in the life of Diana (Kristen Stewart), as she spends Christmas with the royal family at Norfolk’s Sandringham estate (which she notoriously hated) and grapples with the decision to end her royal marriage.

In the footage, which has not been released publicly, a nearly unrecognizable Stewart and Farthing square off over a pool table in what is presumably a billiards room on the royal estate. The two, who are separated by the length of the table with a series of perfectly cued all-red balls between them, are immediately at odds and arguing about one of their sons shooting with the family. At one point, she barely contains her anger by banging on the pool table in rage. It’s quickly clear that the real issue is not the shooting, but various untruths and resentments between the couple. Charles confronts her about everything from wandering the grounds alone, to how she opens curtains, and possible infidelities are implied. But, at the heart of his issues with her, is her apparent lack of desire to conform to royal standards.

“There’s two of everyone,” he tells her. “We are given tasks, you have to be able to make your body do things you hate.”

“That you hate?” she repeats, nailing Diana’s whispery tone of voice and accent.

“Yes, for the good of the country,” he says. “For the people, because they don’t want us to be people. That’s how it is. I’m sorry I thought you knew.” The confrontation ends with Charles flicking the eight ball to her, which she picks up and subsequently drops. The final shot is of the lonely eight ball on the floor.

We have a lot of Diana being brought to life in the past few months with The Crown and … well, also more The Crown. Her legacy has absolutely remained strong, and tackling her story would be an excellent followup to Larraín’s previous film Jackie, where Natalie Portman played First Lady Jackie Kennedy (and should have won an Oscar, tbh).

The poster was also released, and it looks pretty damn awesome.

This Spencer poster is worth of museum placement.
Kristen Stewart is Princess Diana, in theaters this November. pic.twitter.com/EqtI2XLCD1

People are already saying things about this being an Oscar-worthy performance, but it is only a sneak peek, so we will see what happens in November when the film finally hits theaters.