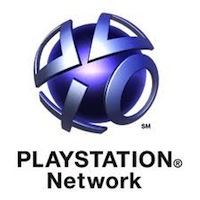 According to the New York Times, Spanish police have detained three men “suspected of computer hacking in connection with recent cyberattacks on Sony’s PlayStation Network as well as corporate and government Web sites around the world.” Sony’s PSN woes have been the tech security fiasco of the year to this point, with the online gaming network brought down for more than a month following a breach that may left “customer names, addresses, usernames, passwords and as many as 2.2 million credit card numbers” exposed.

To add insult to injury, when the PSN first went back online outside of Japan, it was possible to change user password information using just that user’s email address and date of birth — precisely some of the information that had been leaked. A number of other Sony sites have been hacked both during and after the PSN outage.

One of the three “hacktivists,” a 31-year-old Spaniard, was detained in the southern city of Almería sometime after May 18, the police said. He had a computer server in his apartment in the northern port city of Gijón, from which the group attacked the Web sites of the Sony PlayStation online gaming store.

The two other men, both also Spanish and in their early 30s, were picked up in Barcelona and Valencia. The statement did not make clear the timing of those detentions, but a spokeswoman for the police said all the detentions had occurred “recently.”

A Twitter feed that has been used in the past to dispatch communications from Anonymous, the loosely assembled group with which the detained men are suspected of having some association, had this to say: “Dear @policia, Expect us. #Anonymous.”