We'd be really excited that we might some day get to go to space, but space is terrifying. 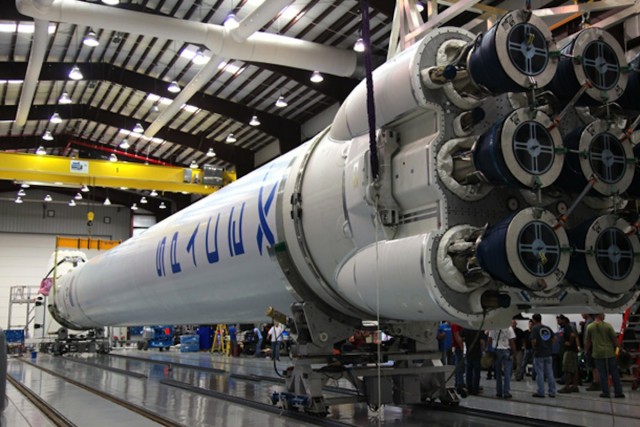 [Update 6:55 PM EST] The next launch attempt will be 5:38PM EST on Thursday according to SpaceX on Twitter.

[Update 6:38PM EST] The rocket missed its launch window as there seemed to be some technical difficulty with data coming in from the rocket, so we’ll have to watch another night. Better safe than sorry—especially when it comes to space.

[Update] The stream is now live with pre-launch coverage! Have a good launch, SpaceX!

SpaceX, the first commercial spaceflight company to visit the International Space Station, is entering new territory tonight as it uses its Falcon 9 rocket to transport its first satellite into geostationary orbit. This will mark the maiden voyage of an upgraded Falcon 9 with engines that are about 50% more powerful than before.

Geostationary orbit means that the satellite, SES-8, will stay above the same location of the Earth as it turns, so that it can deliver communications to the Asia-Pacific region. It will join another satellite owned by communications firm SES in orbit to increase the reliability of both. It’s the heaviest payload that SpaceX has ever sent into orbit, and if all goes well, it will pave the way for them to (relatively) cheaply transport larger objects and even human crew into orbit.

The new Falcon 9 has almost 50 missions planned to deliver payloads to orbit for both commercial companies and government contracts. They’ll be streaming the launch live beginning with prelaunch coverage at 5:00PM EST tonight, and the launch window extends from 5:37 to 6:43PM EST. They’ll have commentary on the proceedings of the launch and probably some discussion on what this means for the future of commercial spaceflight, and we’ll have the stream right here for you to watch later this afternoon.