They're tore up plenty, but they'll fly true. 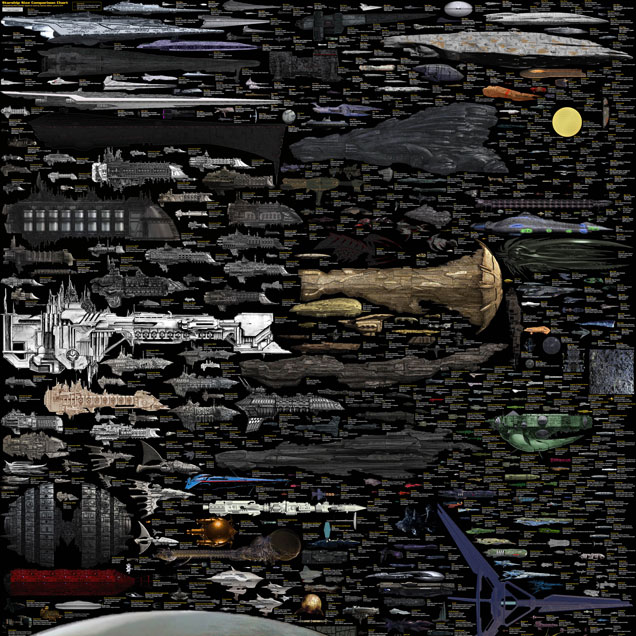 Honorary space cowboy Dirk Loechel has just completed a mind-blowingly comprehensive 4,268 x 5,690-pixel chart that demonstrates the comparative size of virtually every beloved ship in all of sci-fi. The mad genius explains,

For real this time: This is the final major content update, though if there are issues I’ll still fix them. I also haven’t forgotten I wanted to vectorize the writing. It’s still on the radar. But content-wise, I think that is about all I can put in.

Also, I added the ISS. For scale. It’s on top, with a yellow frame so it’s relatively easy to find.

Part of what I love so much about this chart is it appears to be a collaboratively nerdy effort; if you can think of any vessel Loechel might have forgotten, you can head over to DeviantArt to suggest some updates. Careful, though: studies show that the more fascinating the infographic, the more likely you are to be caught mouth-open at your desk, cursor hovering eternally in the Stargate quadrant.