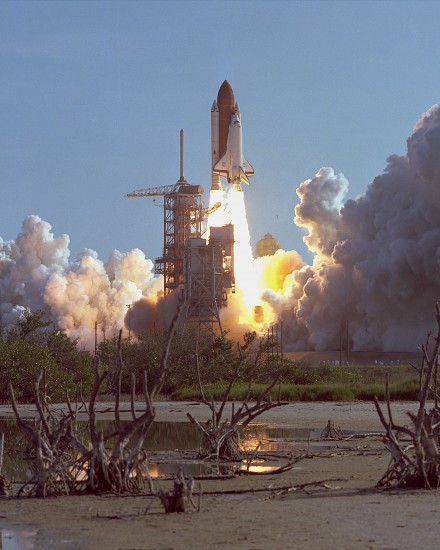 Barring further delays, STS-133 will launch today from the Kennedy Space Center at 4:50pm EST, marking the final flight of Space Shuttle Discovery. The mission will include two spacewalks, the installation of a new ISS module, and the introduction of a robot helper to the ISS. Once it lands after its 11-day mission, it will be decommissioned and put on permanent display at the Smithsonian Air and Space museum. If you can’t make it to Florida, you can check out the UStream embedded below, or have a look at Wired’s list of alternative viewing methods.

First introduced in 1984, Discovery is currently the oldest shuttle in the fleet. During it’s 27 years of service it’s seen many remarkable milestones including the deployment of the Hubble Space Telescope and being the first shuttle to launch in the wake of both the Challenger and Columbia disasters.

There are two more shuttle flights planned for both Endeavor and Atlantis in April and June respectively. After that, the shuttles will never fly again.

(via the Christian Science Monitor, image via Wikipedia)