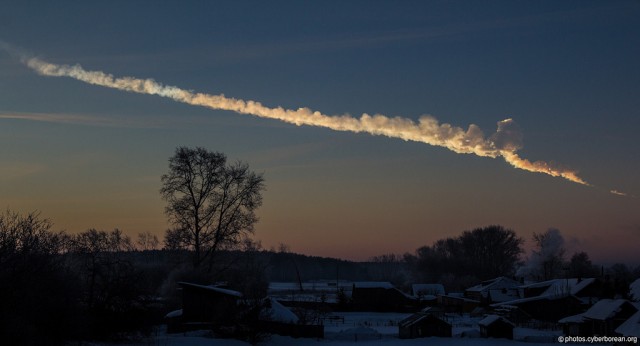 Being a gold-medal winning olympian isn’t cool enough for the 2014 Winter Olympics in Sochi, Russia. Next year, seven insanely lucky (and talented) athletes will win medals embedded with fragments of the meteorite that tore through Chelyabinsk, Russia last February.

These medals, which are the first things ever that can be held over the head of Olympic gold medalists to make them feel inadequate, will be awarded to the winners of events on February 15th, which will be the first anniversary of the meteor strike that injured more than 1600 and caused massive damage in the city of Chelyabinsk. The Chelyabinsk Region Culture Minister, Alexei Betekhtin, explained that both the meteor and the Olympics are global events, thereby tying the tragedy to a celebration of humanity. Sure, whatever you need to do to justify giving out space rocks. It’s all good. We get you.

Women competing in the 1,000 meter track, cross-country skiing relay, and super giant slalom (which sounds awesome) as well as men in competing in the 1500 meter track, skeleton, K-125 ski jump, and 1500 meter speed skating will be eligible for the space medals. That’s almost enough to get the Geekosystem staff off their butts and training for the Olympics, except that we would probably hurt ourselves just thinking about doing that.

So, you know, if you’re one of the elite few who are even theoretically maybe eligible for these events, I’d get to training extra hard. After all — space medal!