An Astronaut Made Her Son a Dinosaur Toy In Space, All Other Toys Can Just Stop

Her Etsy store is amazing, but the shipping is out of this world (I'm sorry) 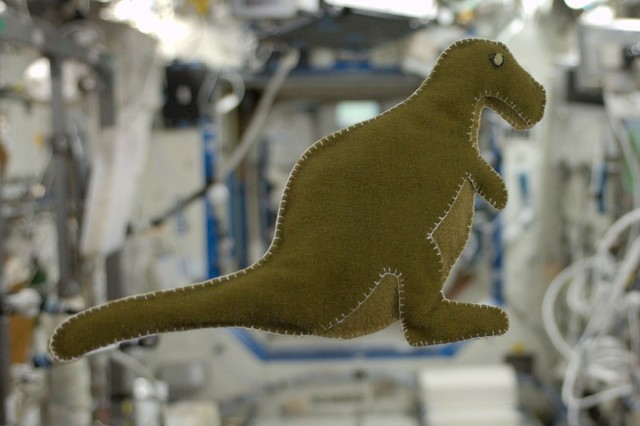 If you’ve got some spare time on your hands and you happen to be away from your kids, it might be adorable to make them a cute little toy. If you’re an astronaut missing your son, and you make him a dinosaur toy out of scraps left around the International Space Station, you are Mother of the Year.

After boarding the ISS last May as a flight engineer, NASA astronaut Karen Nyberg has been killing time by keeping up with her love of crafting. Posting her completed dino-toy to her Pintrest with the caption “Made in space!” on September 26th, Nyberg’s T-Rex is probably the most adorable (only?) space-made toy we’ve ever seen.

Made from the velcro-y fabric that lines the Russian food containers on-board the ISS, and stuffed with scraps from a used t-shirt, Nyberg sewed the toy together with thread and needles that she packed herself for her trip to space. 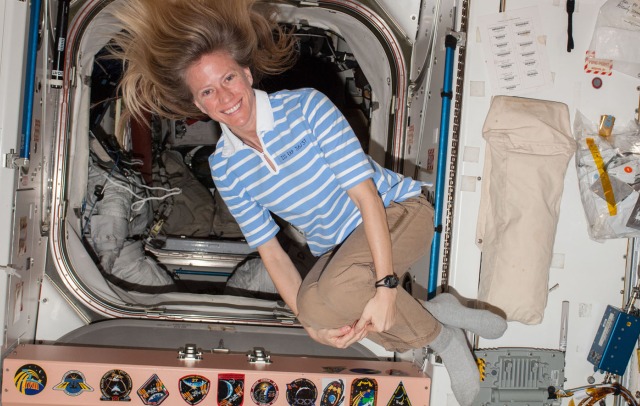 Don’t worry about Nyberg’s 3-year-old son, Jack, though; she gets to send him videos every day, and her husband sends photos and videos back. Nyberg and the T-Rex return to Earth on November 11th!