Holy Cow, Stop Everything: Han Solo’s Carbonite-Frozen Body Has Been Found On Mercury 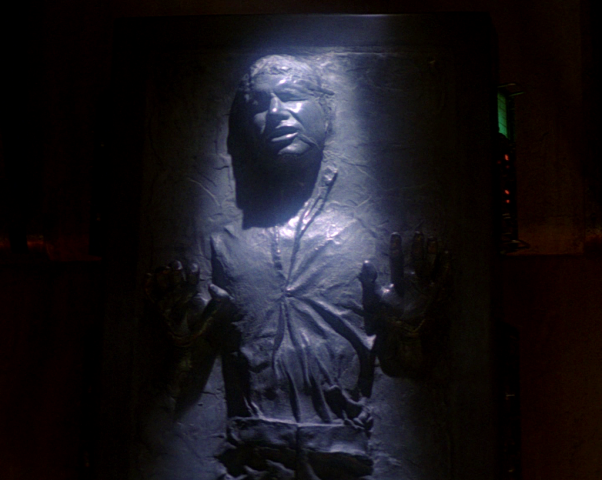 NASA’s Mercury probe took a heckuva lot of pictures back in 2011, and scientists have been sifting through them ever since. Last week they released a new image of the planet’s surface and… yeah, you nerf herders need to see this. It definitely looks familiar. 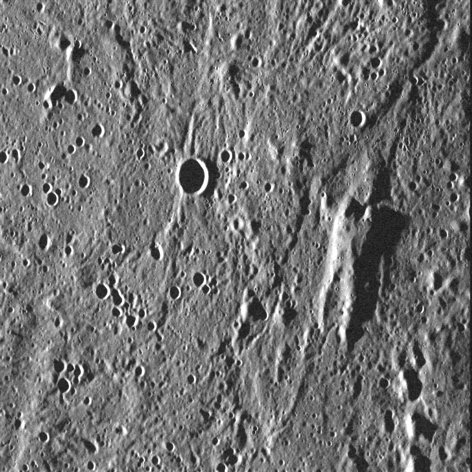 See, that looks like Han Solo, right? He’s even got his hands up and everything. And we aren’t alone in thinking this, judging from the statement that NASA put out:

If there are two things you should remember, it’s not to cross a Hutt, and that Mercury’s surface can throw up all kinds of surprises. In this image, a portion of the terrain surrounding the northern margin of the Caloris basin hosts an elevated block in the shape of a certain carbonite-encased smuggler who can make the Kessel Run in less than twelve parsecs. This block may be part of the original surface that pre-dates the formation of Caloris, which was shaped by material ejected during the basin-forming event.

Really, they think it has something with pareidolia, a phenomenon where people see human shapes in common non-human objects. But what do they know? They’re just scientists. It’s clearly Han Solo. Case closed.

(via The Mary Sue and Messenger, images via Empire Strikes Back and NASA/Johns Hopkins University Applied Physics Laboratory/Carnegie Institution of Washington)