Thanks to NASA, Space Core is Now Actually in Space | The Mary Sue

Thanks to NASA, Space Core is Now Actually in Space 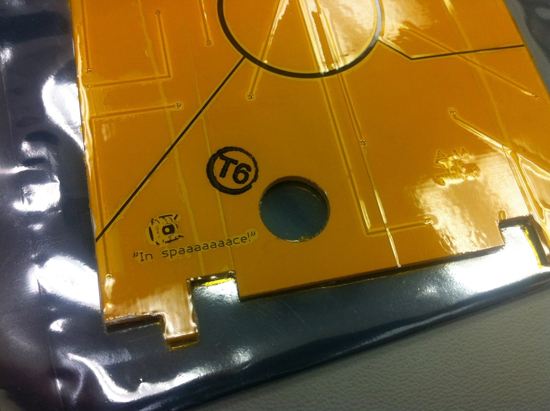 Seems like one of our personality core friends from Portal 2 has managed to stowaway on board the Japan Aerospace Exploration Agency’s H-II Transfer Vehicle that went up to the International Space Station this past Friday. And by “stowaway,” we actually mean, “get secretly laser-etched onto a component by an anonymous NASA worker.” Being a government agency, NASA can’t exactly endorse a video game character.

If they were to go ahead and unofficially endorse one, they could have chosen worse candidates. It’s not hard to imagine why said anonymous NASA worker picked Portal 2 as their high-tech graffiti inspiration considering that there’s a personality core in the game that babbles constantly about space. Contrary to what others are reporting, it’s for this reason that I wager the little core is meant to be representative of the Space Core.

Sure, Wheatley is the most recognizable core from the game, but why, when presented with the opportunity, would someone carve his likeness with the quote “In spaaaaaaace!” directly beneath it? One might argue that the end of the game could provide a reason, and yet it provides an even better one for the Space Core. When in doubt, we say go with the most amusing answer. Assume that the random NASA worker was exceedingly clever.