Space Ark: A New Show With an Android Bear Co-Pilot | The Mary Sue

Who is driving space ark? Bear is driving!? How can that be!? 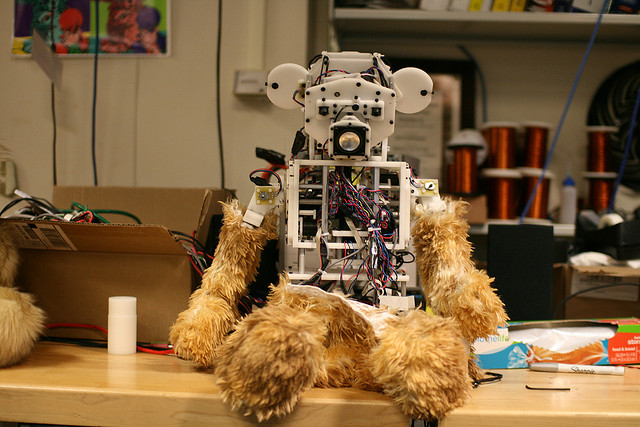 There’s a real dearth of sci-fi comedy out there (does anyone remember Tripping the Rift? Because I try not to), but Britain’s Channel 4 is looking to change that. They’ve just ordered a pilot for Space Ark, a half-hour comedy that will follow humanity on their search for a new home—and also an android bear co-pilots their ship. Yes. Yes.

It’s 6 months, 1 week, and 4 days since the earth was destroyed by an asteroid. 200 humans survive on board a huge ‘Space Ark’. Their mission? To find a new planet where the human race can be re-established. The ship is populated by the finest minds the earth had to offer, plus an inept crew, an android-bear pilot and a member of the public who won his place by lottery. In the pilot episode the crew encounter a seemingly friendly alien race, whose space craft has broken down. What could possibly go wrong?

For some reason I keep picturing the android bear co-pilot dressed like Wash, in a Hawaiian shirt and sarcastic attitude. And also he hates to be hugged. I’m already enjoying this show in my head.