The State of The Mary Sue—A Message From the Editors

The State of The Mary Sue—A Message From the Editors 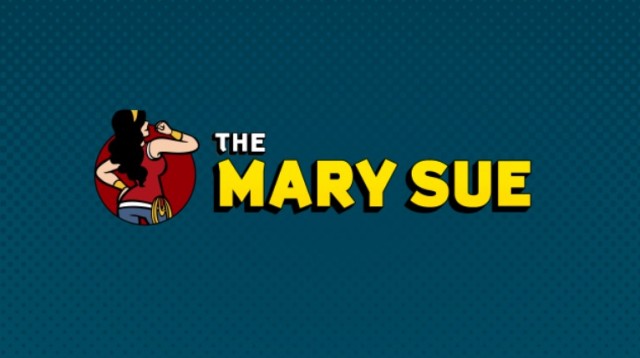 Mary Suevians, we recently asked for your feedback on a potential subscription-based shift in The Mary Sue, and some of you were surprised and even concerned. Please don’t be. We received a lot of valuable feedback from both your survey responses and the comments section below, and we’d like to take some time to be as transparent as we can about the site we all love.

We might not have communicated the motives behind that survey as well as we could have, and for that, we apologize. Let us be clear: Based on your feedback, we are working on implementing an optional $4.99 per month subscription (with a discount for a full year signup) for those who would be willing to pay to remove ads and get a few extra perks, but the ultimate goal will be to improve our site and its content for everyone who uses it—and those who write it.

Right now, with an ad-supported site, the goal of The Mary Sue as a business is to produce traffic in the form of readers clicking links to our stories, like most other sites across our great Internet. Our editorial team has always operated completely autonomously to choose what we want to write about (with a great deal of individual freedom for each writer, because we think the site is best when we all cover things we personally want to write about), but in making those decisions, we still always have to take into account what we think the broader Internet—not always necessarily our beloved core readers—will be most interested in.

This is a struggle bigger than The Mary Sue. The entire Internet is currently dealing with the unfortunate reality that “clickbait” works, and it makes things difficult for those of us who want to take time and create only the things that we’re most proud of, because that’s not always what translates into clicks. It’s certainly possible to succeed and produce quality content with an ad-based strategy, and some sites make that model work with deep pockets and a huge staff of writers. The Mary Sue doesn’t have either of those things. What we do have is you. We have known for some time, not just through the comments section but through hard numbers provided by our site analytics, that our readers are unusually dedicated—so much so, in fact, that even an optional subscription should provide us with our sought-after freedom from traffic numbers.

What will this mean for you, our dear readers?

If you like The Mary Sue now, this only means it’s going to get better. We’d be able to detach from the Internet click race and take our time on more thoughtful, substantive posts. Think about it like the difference between Last Week Tonight and Jon Stewart’s Daily Show. The former takes its time and covers fewer news items, but the items it does cover are generally more substantive by their nature and are examined in greater detail. We’d like that to be true of The Mary Sue, too. (No offense, Jon Stewart. We by no means intend a direct comparison.) If you’ve been unhappy with the direction the site is going, we hope this will be our opportunity to turn things around and change your mind.

You might be thinking, “But that thoughtful, substantive content is what I liked about The Mary Sue all along! Why do we need to change something for that to work? Can’t we just have more of that?” The answer is simply yes. The Mary Sue is relatively young and has always been a growing, evolving business and site, but right now, that evolution is at a point where we either continue to chase a broader audience—thus unavoidably diluting some of what made the site special in the first place—or we ask some of our loyal readers to chip in and get some benefits in return. We, too, like to think of The Mary Sue as our own, safe, homespun corner of the Internet, and this is our attempt to keep it that way.

That said, we’re aware that a desire for an increase in thoughtful, in-depth content isn’t the only criticism some might have of the site. In fact, one of the biggest ones is criticism of the ads themselves, which will remain for readers who don’t subscribe. We are constantly struggling with our ad provider over every complaint from readers. We agree that, since ads support sites all across the Internet, there’s no reason they need to grind our site specifically to a halt and make it nearly—or entirely—unusable. Believe us when we say that ads that make all of our hard work, every day, nearly unreadable are as frustrating to us as they are to you.

We’ve made additional changes as recently as the end of last week with our ad service, and with an extra financial boost from subscriptions, we’ll have more leverage to ensure that the ads served to unsubscribed readers are the least intrusive ones possible and as few as possible. In return, we’ll ask that you either disable your ad-blocker on our site—if you use one—or, hopefully, sign up for the subscription. We understand that $4.99 per month isn’t feasible for a lot of our readers, and we want everyone to be able to keep reading the site, but we’ll have to ask that those free readers allow these far less intrusive ads to display.

All that said, we also heard your call for greater transparency, so here’s what we learned from our survey (which saw over 2,100 responses):

Some of you have also questioned why we don’t pay our outside contributors, but the truth is that we pay as many of them as we can. For the ones we don’t pay, we’d have to turn them away if they weren’t OK with it. The reason our contributor information specifically mentions being an unpaid position isn’t because we never pay, but because we want to be up front about our limitations with any writers who consider submitting their work and ideas to us. If this subscription model succeeds, it will allow us to pay all of our contributors as well as to recover some of the monetary investment that has already been put into building and developing the site.

We hope this has helped answer some of your questions and concerns about the site and where it’s going. Most importantly, we wanted to share this information with you so that we can prepare for this change in the near future and our long and bright future together.