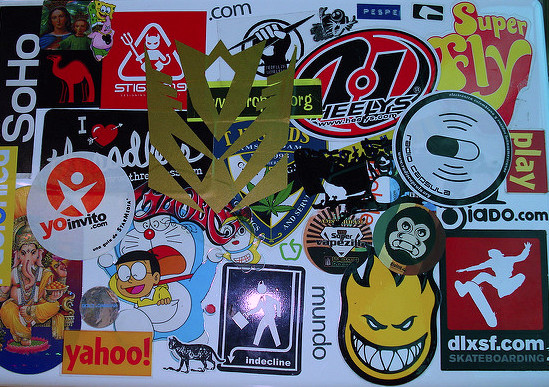 Yesterday, some people at NASA got wind of a company selling magical healing stickers—sorry, “smart stickers” that are “programmed” to promote healing but are actually just stickers and not magic or programmed at all—and they were less than impressed. NASA officials took particular issue with claims that the stickers made use of a “conductive carbon material” used in spacesuits that isn’t actually used in spacesuits, and now Body Vibes, the company behind the stickers, is sorry—for lying about spacesuits, but probably not about whether stickers can heal you.

Gwyneth Paltrow’s Goop, which promoted the stickers along with other ridiculous items, is also sorry, but the apologies seem a little insincere underneath the pile of other ridiculous, unscientific crap promoted by both Goop and Body Vibes. Gizmodo reports that Body Vibes’ apology read, “We apologize to NASA, Goop, our customers and our fans for this communication error. We never intended to mislead anyone. We have learned that our engineer was misinformed by a distributor about the material in question, which was purchased for its unique specifications. We regret not doing our due diligence before including the distributor’s information in the story of our product. However, the origins of the material do not anyway impact the efficacy of our product. Body Vibes remains committed to offering a holistic lifestyle tool and we stand by the quality and effectiveness of our product.”

There are … several strange things about that apology. First, if it’s not clear enough already, it’s kind of silly to apologize to Goop for this misleading information. In their own blog post about the stickers, Goop was more than happy to claim to be “geeking out about the healing power of energy recently,” which, no, that is not a thing. The “healing power of energy” is not a thing, and the idea of “geeking out” about unscientific things is inherently insulting to geeks everywhere—how do you even “geek out” over something with no substance? The fun of geeking out is all in the details! Although, I guess the placebo effect is technically scientific …

Then, there’s “we never intended to mislead anyone,” and, yeah, you did. You maybe did not intend to mislead them about whether or not the “conductive carbon material” was part of NASA spacesuits—it seems the fake product salespeople were beaten at their own game there—but you absolutely did intend to mislead people into buying stickers that would do nothing for them other than stick to their bodies. The one true part of their apology seems to be that “the origins of the material do not anyway impact the efficacy of our product.” That’s accurate, since they would’ve been junk-science nothing-stickers whether the material came from spacesuits or not. The efficacy is in no way affected.

Bonus points for that bit of honesty, I guess.