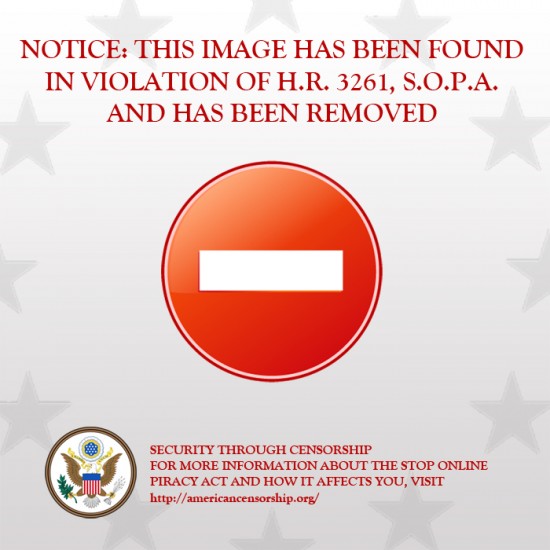 Rumors of SOPA protest blackouts have been swirling around like crazy as of late. Wikipedia was, and may still be, considering a blackout. Reportedly, a number of Internet giants are debating the same action. That being the case, it was a big deal when reddit finally got the ball rolling by confirming a January 18th protest blackout. Since then, the ball has continued to roll, picking up Mojang, the Cheezburger Network, and Destructoid.

One of the main arguments against the reddit blackout, or at least for its futility, is the idea that reddit is already saturated with users who are well aware of SOPA and are actively protesting it. In fact, most of the new joiners to the blackout are probably in a similar boats, after all, all these sites are on the Internet and cater to people who spend time on the Internet, the kind of people who are likely to know about SOPA already. Nonetheless, some people will learn about it this way, and the blackouts serve a much larger purpose than just informing the users of any specific site.

Reddit’s willingness to take the first step has encouraged other similarly inclined sites to do the same, and with luck, this snowball may be able to nudge the really giant companies who are on the edge into action. Unless sites like Wikipedia, Google, and Facebook start going dark, or at least start openly railing against SOPA, the word probably isn’t going to get out to any massive amount of people who wouldn’t already know. That being said, the blackout, as it stands, is still large enough to draw some press and shows the extent to which the sites involved really, truly believe that SOPA would be far worse than the loss of one day’s ad revenue. Whether Wikipedia or any other major providers of online services can be talked into standing up and getting vocal is still anyone’s guess, but it should be interesting to see.