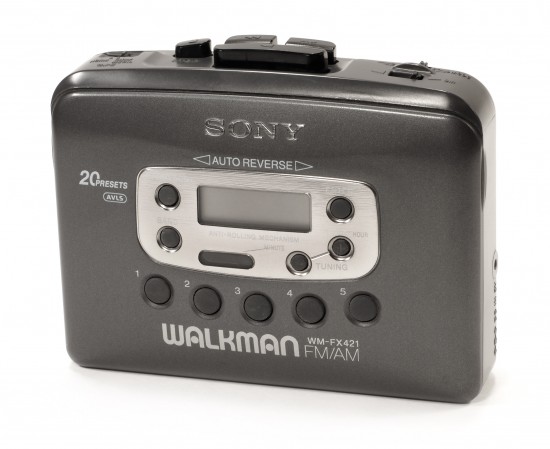 Sony has announced that it is discontinuing the Walkman, the ubiquitous portable music player of yesteryear. The manufacturer acknowledged that it has sold 200,020,000 cassette players in 30 years, but that nevertheless, the last batch of Walkmans shipped in April and there will be no more.

Well, looks like I’ve really got to look into getting my Neil Gaiman radio plays in a different format.  And it’s going to be increasingly difficult to explain parts of Home Alone 2 to kids.

If you’re really attached to the Sony brand for your auditory entertainment, Sony will allow Chinese manufacturers to keep making knockoffs, and they will still be making CD players. No doubt the halt in manufacture is due to increasing popularity of portable music players that actually don’t use a removable physical object to store their media.

At this rate the only place we’re going to be able to play tape cassettes is in our cars, and why?  Because an iPod hook up or an audio-in jack still aren’t standard, and we gotta use one of these.