It will presumably ask if you'd rather take the red pill or the blue pill. 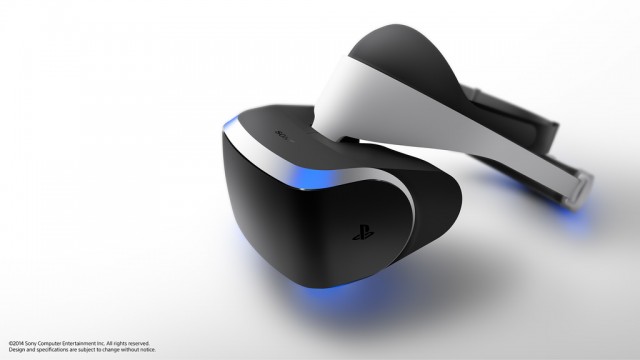 Last night at Game Developers Conference, Sony made the announcement that we all knew was coming and revealed the virtual reality headset for the PlayStation 4. It’s not ready to go on sale yet, but Shuhei Yoshida, president of Sony Worldwide Studios, showed off a prototype and explained their strategy for making VR more than just a peripheral.

That’s right, Sony believes that VR is the future of gaming and a whole platform all by itself as opposed to just an add-on for a system you already own. After seeing the really awesome stuff that’s been developed for the Oculus Rift VR headset, I’m inclined to agree. Whether or not Sony’s headset is a Rift killer remains to be seen, but Yoshida had only nice things to say about everyone else working on VR:

We have seen passionate people at Oculus VR and Valve introduce VR prototypes and share their learnings. I have an enormous amount of respect for them. This shows how all of us as an industry can rally around a new medium like VR to push gaming forward.

As far as just exactly how the headset will work, it features a 1080p display, uses the PlayStation Camera for head tracking, and works with the PlayStation Move for motion control. It currently connects to the console via HDMI and USB, but Sony would like to eventually make it wireless, which likely depends more on cost effectiveness than technical capabilities.

Of course, price is a major hurdle for any dedicated VR system, and using all of those peripherals is likely to drive up the financial entry point. Hopefully they’ll offer some kind of bundle, but price isn’t something they’re prepared to discuss at this point.

Sony finally showing off this headset is good news for anyone who’s wanted the process of widespread VR adoption to speed up a bit. Unlike other efforts so far, they’ve got the leverage to make VR a regular household fixture with the built-in audience that comes with the PlayStation brand. It also offers developers a platform on which they can feel a little safer in testing the VR waters.

There’ll be a few game demos on the show floor at GDC, so we should have some hands-on footage to ogle at soon.

Interestingly, Sony Magic Lab’s Richard Marks, the man behind the EyeToy camera and the PlayStation move, said the headset wouldn’t just be a platform for games but for other experiences, as well. He said:

The thing that makes VR special is really the feeling of being in another place… There’s no way to explain it to you that will make sense, but it’s that feeling of presence. VR is going to be pervasive, and what I mean by that is it’s going to be used for all sorts of things you might not think it would be used for.

As an example of what he was talking about, he mentioned a joint project with NASA and the Jet Propulsion Laboratory to allow PS4 owners to use Morpheus to feel like they’re on Mars. Seeing the surface of Mars through the eyes of the Curiosity rover? Sign us up, please.

(via The Verge, image via PlayStation Blog)