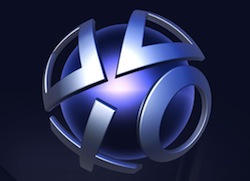 Sony Computer Entertainment of America will be adding an imports section to its PlayStation Store next week, planning to bring Japanese tiles, without any kind of localization whatsoever, to American audiences.

Chosen for their easily accessible nature, the first batch of games into the import foray will be shoot-’em-ups Cho Aniki and Gaia Seed, both priced at $5.99 each.

Cho Aniki is a good example of why the import section may be a popular corner of the PlayStation Store. The series, most likely, would never have made it big if released to a western audience, due to its extremely wacky and oddly sexual nature. I mean, look at this: 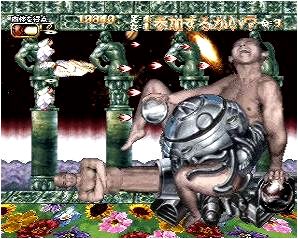 The franchise is also known for its homoerotic nature, featuring series mascots Samson and Adon who shoot beams out of holes in their heads, dubbed the “Men’s Beam,” in combination with pelvic thrusting.

Though the series (and whatever else ends up in the imports section) is not exactly what western gamers are used to, releasing digital versions of games that never made it stateside for relatively cheap prices costs virtually nothing compared to regular, boxed releases, and Sony may find a profitable market for their imports without having to take high risks.