Sony Was Concerned About Horizon Zero Dawn’s Female Protagonist, Like That’s Not Something People Want

Get with it, Sony. 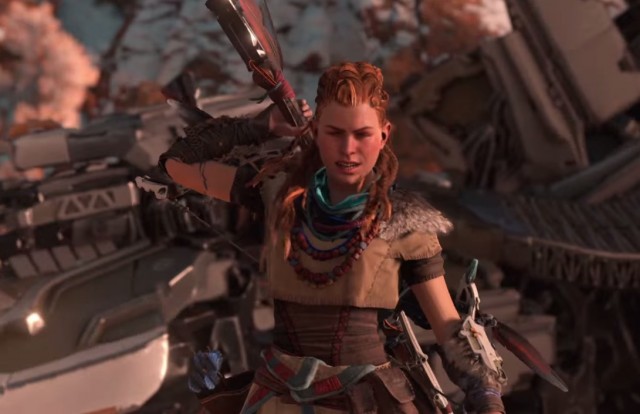 Killzone developer Guerrilla Games and Sony revealed new IP Horizon Zero Dawn at E3, which—unlike so many other video games—has a woman as its protagonist. That’s great, but what’s less great is how nervous Sony was about introducing such an unheard of concept to their audience.

Speaking to Polygon’s Brian Crecente, Sony head of world wide studios Shuhei Yoshida said of the reveal, “I was nervous to see the reaction from people. She’s a female lead character. That has always been the vision by the team, but we had a discussion. Is it risky to do a female character?”

No. No, it’s not. Guys aren’t afraid of female characters—in fact, you might even say we like them, even and often especially when they aren’t gratuitously or tastelessly sexualized.

And I’ve never gotten the impression that women feel more comfortable identifying with generic-action-man instead of other women, so I’m not exactly sure who business people think they’d be putting off with a woman on the screen.

But Yoshida wasn’t just a little nervous. People inside Sony were so concerned they brought in a marketing group to make sure society doesn’t find ladies to be an affront with focus testing—to be fair, they were also focus testing other aspects of the game, but also to be fair women =/= actual monsters. Yoshida said,

We started to show it to many more people internally and they had questions about it. So we worked with our marketing groups to do this focus testing. We wanted to see how people would react to some of the things: open world RPG, the set up of machine versus primitive weapons, and the female protagonist. All of those things.

Draw your own conclusions about whether any of those three areas of testing should be considered groundbreaking and scary.

What really bothers me about this all, though, is that the resistance to putting a woman in the leading role isn’t on the part of the game creators. It’s one thing to be a male creator—whether you’re a game developer, visual artist, filmmaker, or anything else—and to feel more comfortable making art featuring male characters from a male point of view. That’s only natural, which is why giving opportunities to female creators is so important, and that’s where the problem comes in: For whatever reason, no matter how much public demand is demonstrated, the people on the business end at the entertainment companies we love still can’t seem to believe people want women starring in their products.

That’s so much worse than just not thinking outside of your comfort zone as a creator. That belief in business and marketing—that people are disinterested in female characters to the point of being actively repelled by them—is what teaches society that women aren’t as good or important or capable as men; that they’re the girlfriend, not the hero; the sidekick and not the protagonist.

But luckily for the game and the rest of us, Sony’s focus testing went well, and Yoshida sees the value in expanding diversity—at least as far as it sells games. He said,

I feel great that there is more diversity in the kind of worlds and kind of characters that we are making as an industry.

We have a chance to further increase the reach, from a PlayStation standpoint, to a bigger more diverse audience. In order for us to do that, the games we create have to appeal to a broader audience.

Yes. Gaming industry, that’s what we’ve been trying to tell you—even if it’s about more than just the money to us.