The Social Surrogacy Hypothesis: Why You Still Miss Firefly 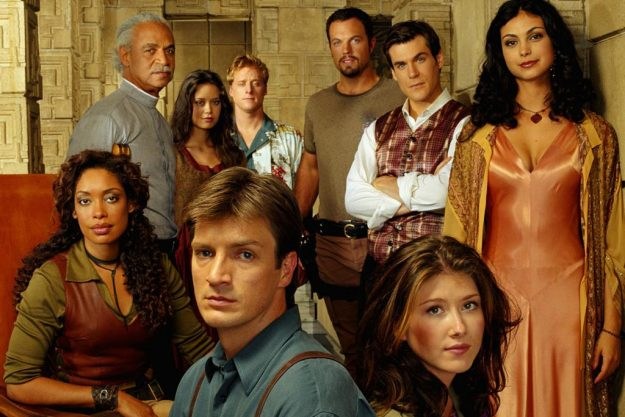 [This piece was originally posted on Jennie Steinberg’s blog. It has been republished here with permission.]

Last night, my partner and I watched an episode of How I Met Your Mother for the first time since the finale. We were browsing through Netflix for something quick and funny, and decided it was time to be nostalgic and watch Neil Patrick Harris as Barney singing about his love of suits. I expected to be entertained. I expected to laugh. What I didn’t expect was to feel sad.

After the episode, I turned to my partner, frowning slightly. “I miss my friends,” I said.

“The people you used to watch the show with, you mean?”

“No… Marshall, Lily, Ted, Robin… Even Barney, even though he’s a bit of a womanizing jerk.”

My partner smiled knowingly. After all, he and I have been talking a lot recently about the social surrogacy hypothesis.

The Social Surrogacy Hypothesis came out of research at the University of Buffalo and Miami University. It states, in short, that people often process watching a favorite television show in the same way they process social interaction. This is often cited as a positive influence of watching TV.

Because of the social surrogacy effect, someone who is feeling lonely can get some of their social needs filled by binge-watching a show on Netflix. Someone who feels disconnected can tune in and feel that they’re bonding, which is great for people who struggle socially. It can create the feeling of meaningful relationships for people who are feeling isolated, or whose life circumstances leave them feeling too depleted to have the energy to expend on social connection. This can be dangerous, of course, if it causes people to withdraw from real life social interaction, but it can also be a great source of support for people in times of transition or hardship.

Social surrogacy is also a positive way to put a balm on hurt feelings when there is a breach in an existing connection. If you argue with your significant other, for example, and then watch an episode of a TV show you love while you’re licking your wounds, it might fight off feelings of inadequacy and give you the empathy boost you need to reengage and have a calm conversation.

And here’s another great thing about social surrogacy: The effect can enhance real-life relationships. Get a group of Orange is the New Black fans together, and watch them bond. It’s like they’re talking about their friends Taystee and Pensatucky from their real lives. Fandom gatherings bring people together, but it’s the effect of social surrogacy that creates communities.

Firefly, a short-lived television show by Buffy the Vampire Slayer writer Joss Whedon was cancelled after 14 episodes, with numerous cliffhangers. Two years later, the movie Serenity was released as an attempt to bring some closure to fans who were left hanging… but it wasn’t enough. There were still a lot of unanswered questions from the series.

When a loved television show ends, it feels like ending a relationship. I remember feeling deprived when Dollhouse, also by Joss Whedon, was cancelled in its second season, because I cared so much about Echo, Sierra, and Victor, and was cheated out of the opportunity to continue cultivating my relationship with them.

But when a television show gets cancelled spontaneously, its fans feel like their relationships ended with no closure. Is there anyone in your real life who you haven’t been able to get closure with? It feels terrible, because there are so many “what-ifs”.

If you still miss the crew of Serenity, if you want to know what ever happened between Mal and Inara, if you’re curious about why Shepherd Book knew so much about the Alliance… well, it’s basically because your brain processes these people as your friends.

And, understandably, you miss your friends.

Jennie Steinberg, LMFT, LPCC is a strength-based psychotherapist practicing in Downtown Los Angeles.  She loves working with clients who are on identity journeys, working to live authentically, make major life decisions, and build their self-esteem.   You can visit her website to make an appointment or read more articles she has written at http://www.jenniesteinberg.com.